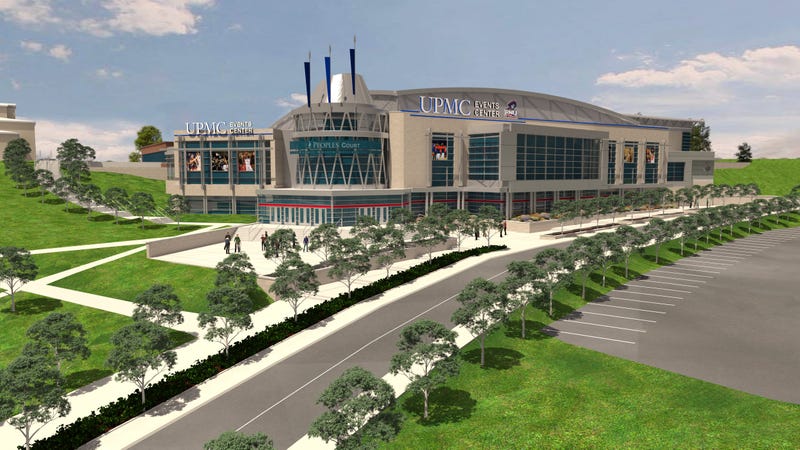 PITTSBURGH (93.7 The Fan) - Robert Morris will host Pitt for their inaugural game at the new UPMC Events Center on November 12.

"We're extremely thrilled to open the UPMC Events Center against the University of Pittsburgh," RMU head coach Andrew Toole said in a statement. "Going up against a quality, local opponent from the Atlantic Coast Conference that is extremely well coached is a great opportunity for our program. The opening of our new arena with our first game against the Panthers will be a historic day not only for our program but for the Robert Morris University community and the region."

"Playing in the inaugural game at RMU's new venue is a terrific opportunity for our program to face a quality non-conference opponent in what is sure to be an outstanding road environment," said Capel. "Coach Toole has built a very good program and we are excited to help RMU open their new building."

Tickets for the first game will go on sale Monday, April 8 through Ticketmaster. If you want to attend the Pitt/RMU game you must purchase Robert Morris season tickets

Pit and RMU haven’t played each other since 2011. Pitt won the game 81-71 at the Petersen Events Center.