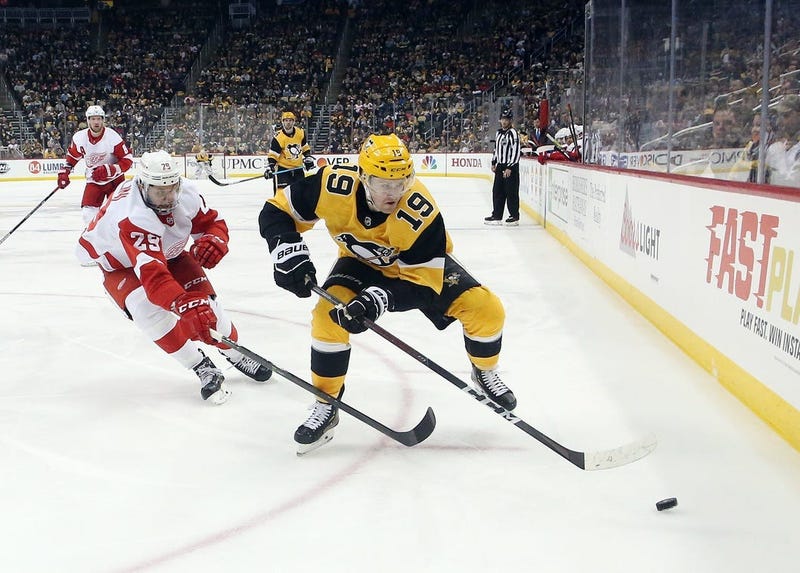 Mike Sullivan wants to keep it simple. And his players, clearly, are fine with that.

Following the Penguins’ commanding 5-2 win over Toronto Tuesday night at PPG Paints Arena, Sullivan talked of the team’s ability to play a simplistic game, no matter who is in the lineup. Pittsburgh won the game without star center Evgeni Malkin, a late scratch due to illness.

“When key players go down, like (Malkin), or (Sidney Crosby) or (Kris Letang), or guys that we really rely on night in and night out, if they’re not in our lineup, I think everybody understands that we all need to step up as a group, to fill that void,” Sullivan said.

“You don’t just replace those guys, but what you can do is you can simplify your game and you can work together as a group and be hard to play against to give yourself a chance to win.”

The proof is in the Metropolitan division pudding. The Penguins have climbed to the top of the standings despite being one of the NHL’s most frequently injured teams.

“We’re definitely pleased with what we’ve done this year,” forward Bryan Rust said. “It’s a testament to every guy in this room and guys who were in this room when there were more injuries and went back down (to the minors) or who are elsewhere.

“We have, what, 24 more games here to keep climbing and try to get higher in the standings in terms of the whole Eastern Conference, or just try to keep building our game.”

The Penguins have dealt with too many key injuries to count at this point. Malkin’s absence, while significant, pales in comparison to the games lost for  Crosby, who missed over two monthhs, or Jake Guentzel and Brian Dumoulin — who both remain out — and numerous others.

But keeping the game structured, and physical, is why Sullivan is likely in the driver’s seat for the Jack Adams award, presented to the NHL’s top coach.

“I feel like we’ve just played a certain way that’s been working for us,” forward Jared McCann said. “We’ve been playing well defensively. Obviously we’ve had a game or two where wee haven’t been great, but as the whole season turns out, we’ve been playing great defensively and sticking to our plan.”

“When we play the game the right way, when we’re hard on pucks, we forecheck and we play in their face, it really doesn’t matter what they do to us,” winger Patric Hornqvist added.

Finishing atop the division is something the Penguins, despite their success, haven’t done since the 2013-2014 season. Not getting home ice early in the postseason was magnified a year ago, when Pittsburgh got off to a slow start against the Islanders and were eventually swept out of the playoffs.

“We would love home-ice advantage,” McCann said. “We know, from the playoffs last year with the Islanders, that its good.”

Ultimately, that may come down to the ability of the team to buy into Sullivan’s preaching of simplicity.

And that definition varies per individual. For Crosby, simplistic also goes along with immense skill at both ends. For others, like Hornqvist, it’s playing a more intense form of the game. But, overall, it comes down to eliminating mistakes.

“Just simple plays,” McCann said. “Sometimes not making the cross-ice passes is the right play. Sometimes throwing it at the goalies pads or, even at the blue line, dumping the puck in, sometimes that’s the right play and it can turn out good for the team in the end.”