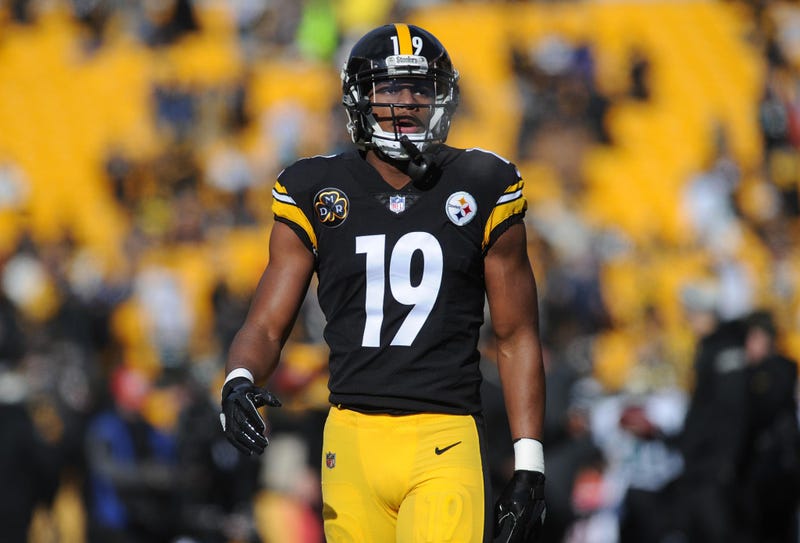 The knee injury that JuJu Smith-Schuster suffered in last month’s loss in Cleveland may keep him on the shelf for a while.

Smith-Schuster has not played since November 14, and told reporters Wednesday that he is taking the injury “week by week.”

At this point, according to the third-year wide receiver, there is still a risk of re-injuring the knee, as opposed to it simply being a matter of pain tolerance. He would not, however, specify the details of the injury.

“I just started running today, so we’re just going day-by-day,” he said. “It feels fine, but I don’t want to re-injure it.”

Smith-Schuster injured the knee while simultaneously suffering a concussion on a hit from Browns defensive backs Greedy Williams and Morgan Burnett. Pittsburgh has won two straight without him, including a win over the Browns Sunday, and currently sit at 7-5 and in the final AFC wild card position.

“It is frustrating, not being out there to help guys make plays,” Smith-Schuster said. “I feel like I’m a huge part of this team. But, at the same time, I have to do what’s right for my team, for me to get healthy.

“Our guys are going to lead us to the playoffs and hopefully I’ll be back in time to contribute to the end of the season or the playoffs.”

Hear all of what JuJu Smith-Schuster had to say below.