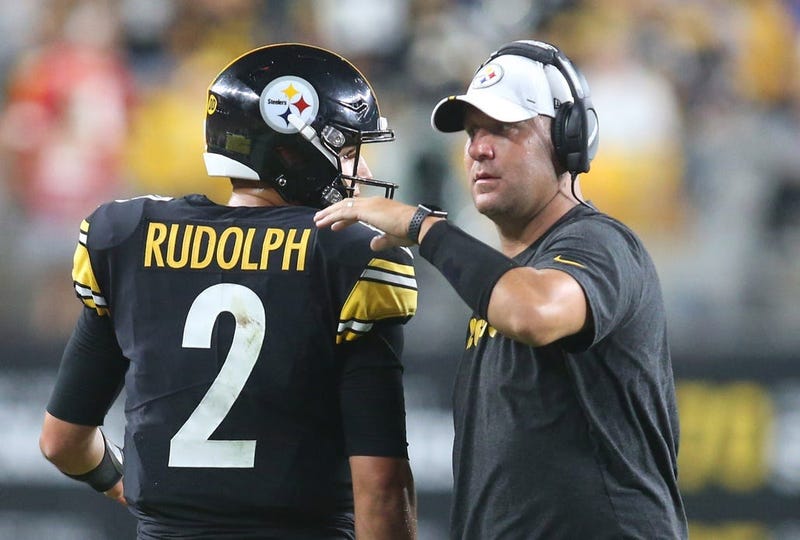 Pittsburgh (93.7 The Fan) - Steelers general manager Kevin Colbert doesn't rule out adding a quarterback in the draft later this week.  At the same time, during a video conference Monday, Colbert repeated what's become his off-season quarterbacks mantra:  The Steelers should be fine with a healthy Ben Roethlisberger and Mason Rudolph in reserve.

"We stated before, you feel good about number seven Ben coming back," Colbert said.  "With the assumption we're going to have a Ben Roethlisberger available, when you have that caliber of quarterback available everybody's play picks up.  I'm going to look forward to having Ben in the mix and seeing how the rest of the group responds with him.  We'll factor that into all the thinking we have as we move forward into the draft."

Colbert also said "we know what we have in Mason, and we'll see where we go."

It's that vague assessment of Rudolph's play in 2019 that prompts the speculation the Steelers will add a quarterback.  ESPN draft analyst Mel Kiper Jr has them using their second-round pick (49 overall) on Oklahoma's Jalen Hurts.  93.7 The Fan  PM Team host Andrew Fillipponi and several national football commentators have pushed for the signing of former Tampa Bay Buccaneer Jameis Winston.  Colbert was asked how closely he's evaluated the quarterback class and if he anticipates drafting one or signing one through free agency.  He concentrated his answer on the draft.

"We look at every position no differently than any other given year," Colbert said.  "We evaluate the whole board by position so as to properly stack it and have a good feel for those guys.  There are several players in that group that are going to be future starters, possible Pro Bowlers.  There's some nice backups. Any pick makes sense at any time."

news
Pa. National Guard arrives in Philadelphia amid Wallace unrest
music
Actress Lori Loughlin reports to Northern CA prison for two-month sentence
news
Oh, baby! Woman in labor stops to vote before going to the hospital
sports
After ESPN, Michael Smith struggled with it becoming 'trendy' to say 'Black Lives Matter'
sports
A.J. Hinch: 'Last year was the most difficult of my life'
music
Grimes has changed her name to one letter and says her baby is into 'radical art'