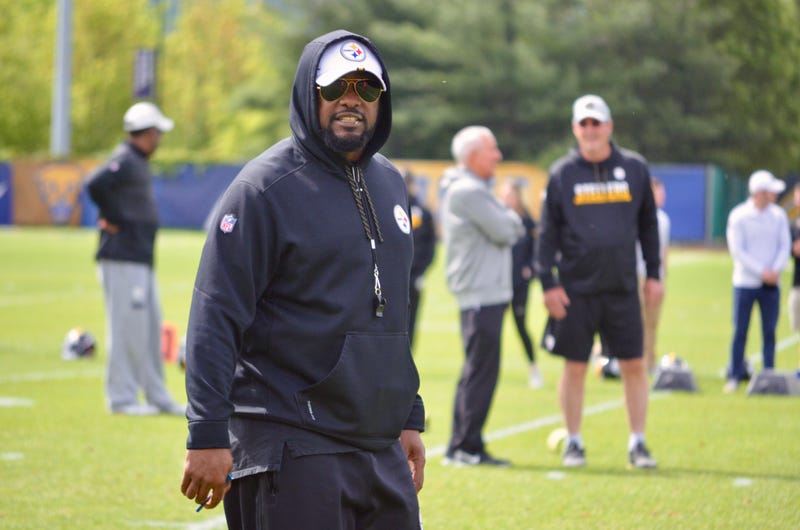 PITTSBURGH (93.7 The Fan) - Mike Tomlin has signed a one-year contract extension that will make him the Steelers head coach through the 2021 season.

Financial details were not disclosed.

“I am pleased to announce we have extended Mike Tomlin’s contract through the 2021 season,” said Steelers President Art Rooney II in a statement. “Mike is one of the most successful head coaches in the National Football League, and we are confident in his leadership to continue to lead our team as we pursue our goal of winning another championship.”

“I am very appreciative of this contract extension and opportunity and want to thank Art Rooney II and everyone in the organization for the support in my first 12 seasons,” said Tomlin. “We have a goal of winning the organization’s seventh Super Bowl championship, and I couldn’t be more excited about this upcoming season.”

Tomlin told reporters on Thursday that his deal also includes an option for the 2022 season. Tomlin, in the past, has signed two-year deals, making this one somewhat different.

"I really don’t think a lot about it to be quite honest with you," he said. "My focus is on the task at hand and, if you do that, contractual things take care of themselves."

The 47-year-old Tomlin is entering his 13th season as the Steelers head coach.

While Tomlin has taken Pittsburgh to two Super Bowls, winning one (XLIII), the team finished 9-6-1 in 2018, missing the playoffs. The Steelers have won just three playoff games since 2010, which drew speculation that an extension could be in some doubt.

"I’m pretty sure a lot of coaches have had a little hot seat moment, but we know, as a group, that if we take care of business all that falls off of him," Said cornerback Mike Hilton. "Having a guy like Coach (Tomlin) for another year, it’s a great thing. He’s the leader of us and we follow his lead. He’s the one that gets us going every Sunday."

Much of the focus of last year’s season was off-field drama with Le’Veon Bell not signing his franchise tag, plus the continual shenanigans of the Antonio Brown saga. With those two gone, however, the Steelers hope 2019 focuses more on the on-field play of the team.

It was, quite possibly, cornerback Joe Haden who had the most telling response when he was informed about Tomlin's extension.

"I just love him. He’s one of the main reasons I ended up coming to the Steelers when I was a free agent. The way he treats his players, just the was his coaching style is. Since I’ve been here I’ve loved him even more. As long as he’s here, I’m really excited about that."

Tomlin was the youngest coach in NFL history when he won Super Bowl XLIII and is now one of the most tenured in the league. The Steelers have only had three head coaches — Tomlin, Bill Cowher and Chuck Noll — in the last 50 years.

"Congrats to him, I think it’s awesome," said left guard and the team's NFLPA player representative Ramon Foster. "That’s something that a lot of organizations don’t do. There’s not enough of that, because having that sense of comfort of having one coach of one team, you know what to expect, it just gives the validation to him that he’s doing his job."

He has also lead the Steelers to six AFC North Division titles, and has coached the team to eight playoff appearances.