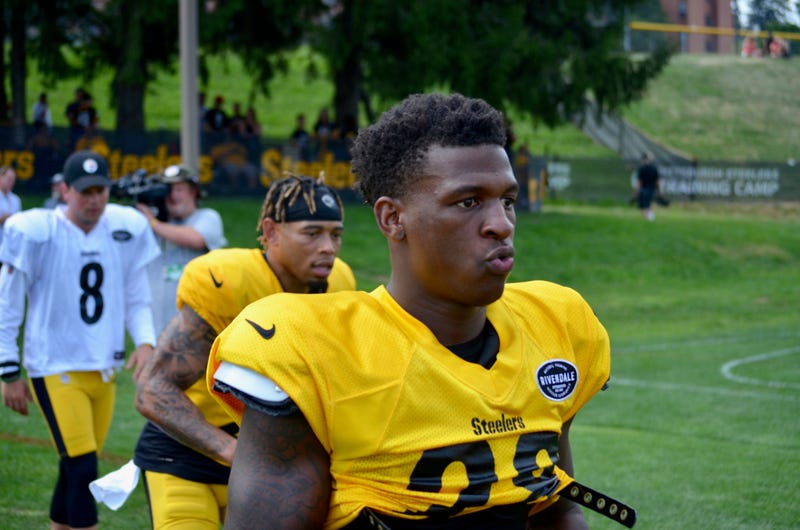 NFL coaches look for versatility among young players. The ability to play multiple positions, help on special teams and show that you can contribute in as many ways as possible is key.

But, for more established players, changes can be hard to come by. And that is where Mike Hilton stands at the moment.

The Steelers’ slot corner, who emerged as a reliable member of the secondary in 2017 and followed it up with a respectable 2018, has been getting work at free safety during training camp.

“I feel good out there,” Hilton said. “I’ve been in position to make plays and I feel like I’ve made those plays. I’ve also been able to show my versatility in moving to free safety. I’m trying to make myself as valuable as possible.

Opportuity to show what he can do at free safety is there, as starter Sean Davis has missed time with injury. But moving to a position he has not played yet in the NFL has a learning curve, even if Hilton did spend time at safety while at Ole Miss.

“I’m still in the process of getting it down,” he said. “I don’t get as many reps as I’m sure they want me to but, when I go out there, I show that I’m able to communicate back there and make plays.”

Hilton has been, for the most part, one of the most reliable tacklers on Pittsburgh’s roster over the last two seasons. Despite his small frame, at 5-foot-9, Hilton thinks his game can translate to the back end of the secondary.

“You’re that last line of defense,” he said. “You’ve got to get in position to make that tackle or slow them down so our guys can chase them and make the tackle. Personally, I feel that’s one of my strong suits.”

The Steelers intercepted just eight passes in 2018, good for 28th in the NFL. So, coming into spring practices and camp, there were adjustments to be made. There was also a general acknowledgement that, in order to be a top tier defense, that had to change.

“We’re getting our hands on a lot of balls, getting a lot of turnovers, strips, just finding ways to get our offense the ball,” Hilton said. “We know that’s something we struggled with last year and we feel like, if we get a lot more of those this year, we’ll be in better position to win games.”

Hilton is in an interesting spot. He will play this season, in all likelihood, on a one-year exclusive rights free agent tender that he signed on arrival day in Latrobe. It carries a value of $645,000. A good year could mean an extension, which Hilton wants, and big payday for the former undrafted free agent. If he struggles, especially while being thrown in to a new role, the financials could take a hit.

For now though, Hilton is ready to show what he can do on the field, starting with Friday’s preseason opener against Tampa.

“It’s fun being out here against your own guys, but when you get time to really go against somebody else, that’s when that anxiousness and energy really starts to pick up.”

Where he lines up, however, is still to be seen.

Hear more from Mike Hilton below.