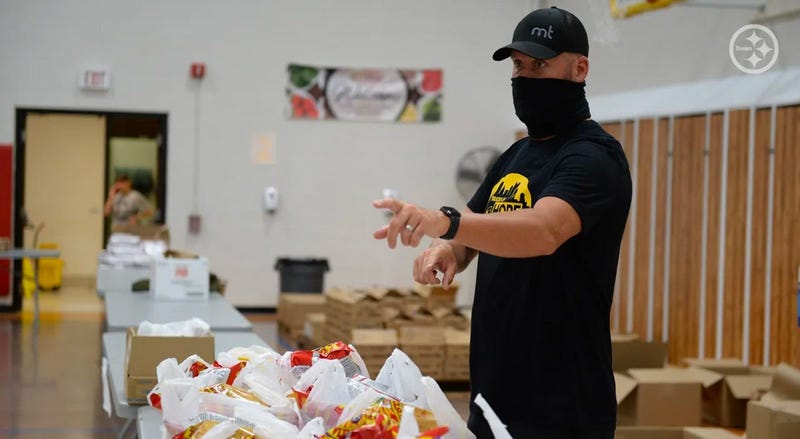 Our Steelers Insider Ed Bouchette form the Athletic joined The Cook and Joe Show moments after the news broke that the Steelers and QB Ben Roethlisberger have agreed to a new 3 year deal.

"It was shorter than what I thought they would do." Bouchette added.

He said there were 2 hold ups on the deal that were the guaranteed money and the want by Ben's side of a no trade clause. It appears that he and his team got both.

The numbers of the deal are still being finalized but Bouchette believes it's in the neighborhood of $30 million per season which would be a $90 million dollar deal but still no word on the guaranteed money.

"Not a bad deal for what appears to be his last contract." Bouchette said.

So now that Ben is in the fold where will they go in the draft and will they improve the defense or will Ben get a new weapon?

Bouchette did say that the Steelers will look to add a wide receiver/ tight end and a running back sometime in this draft but would not need to do it in the first round.

So who does he think the Steelers will select with the 20th overall pick?

“If Devin Bush falls to 15 or 16 I could see a move to go get him,” Bouchette said. “But I think it’s Byron Murphy the CB form Washington.”