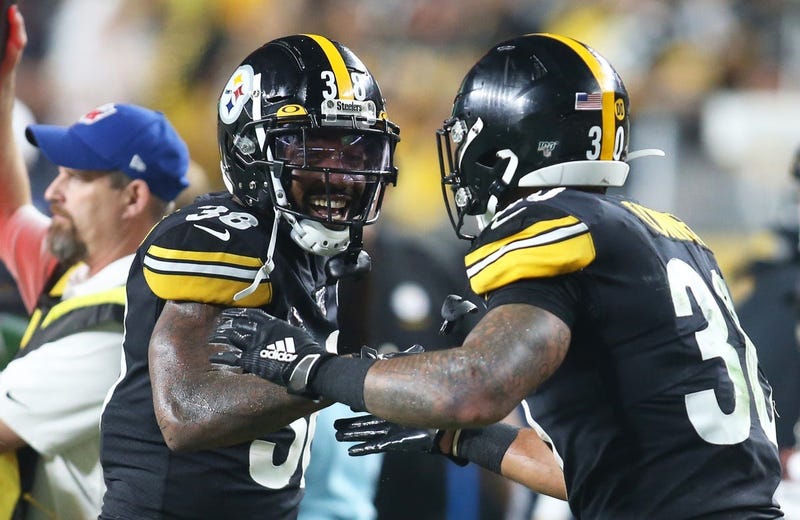 April 20, 2020 04/20/2020 6:58 pm
Pittsburgh (93.7 The Fan) - Is the answer to the Steelers' sputtering ground game in 2019 currently on the roster or will it have to come from the draft?  Coach Mike Tomlin and general manager Kevin Colbert took turns answering the question about the importance of finding a running back in the draft during Monday's video conference with reporters.

Coach Tomlin & Kevin Colbert addressed the media about how they’ve prepared for this year’s #NFLDraft under different circumstances, what the draft will look like from their perspective, the value of watching tape of prospects & more.FULL --: https://t.co/HMu8aJOmuP@UPMC pic.twitter.com/lLGps0XIBf

Tomlin made it known that help could arrive, but acknowledged the Steelers have needs beyond running back.

"There are some top-quality backs in this draft that can help us, but there are also some other positional guys that can help us," Tomlin said.  "If we get an opportunity to add a back that can bring some things to our current corps then we'll be excited about that.  We have every intention of running the ball better in 2020 than we did in 2019 whether we add that back or no.  That's just being bluntly honest."

Colbet added to Tomlin's comments by talking up the team's number one running back.

"I'm not going in thinking we don't have a starter-capable runner because I know James Conner is," Colbert said.  "I know starting the season we'll have a healthy James Conner.  We have some other young backs that have all been contributors in the pas,t and there's no reason they still can't be contributors when healthy.  I always go back to James Conner had acute injuries in 2019.  In 2018 he avoided that and put up a Pro Bowl season. He's still a young, ascending player.  When healthy, he's an NFL Pro Bowl player.  Can we complement it?  We'll see."

The reasons why Steelers didn't run the ball well in 2019 are open to debate, but they didn't.. Only three teams averaged fewer yards per game, while their 3.7 average was 30th out of 32 teams. Individually,  Conner finished 43rd overall in rushing yards.  His 464 yards were the fewest to lead the Steelers since 1967.