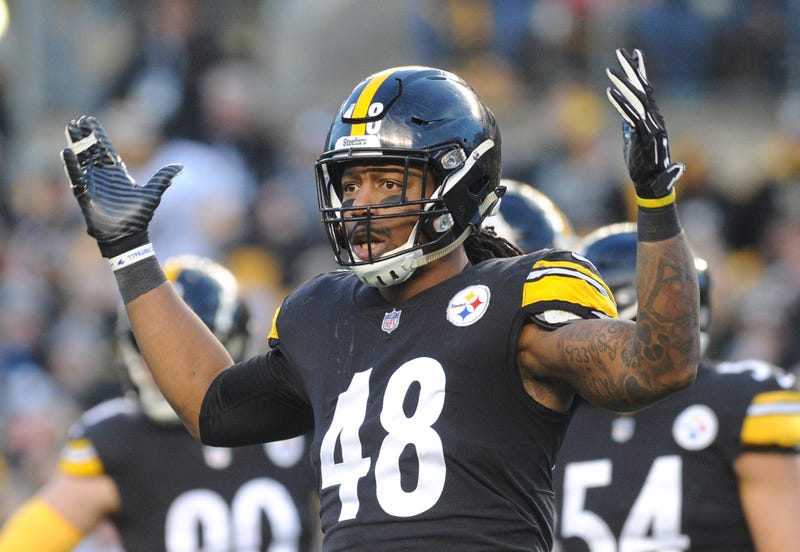 PITTSBURGH (93.7 The Fan) - The Steelers have placed a franchise tag on Bud Dupree.

The move will keep Dupree from becoming a free agent.

During his season ending press conference, Coach Mike Tomlin said Dupree was a priority for the club.

"Make no mistake, Bud Dupree is a priority for us,” Tomlin said at the time.

After a relatively disappointing few years in the NFL, Dupree stood out in 2019 recording 11.5 sacks, a career high.

He also had four forced fumbles and two fumble recoveries, being named the AFCe Defensive Player of the Week after the Steelers win against Indianapolis last season.

If Dupree and the Steelers can’t come to a long-term contract extension, the linebacker will get $15.8 million in 2020.

The Steelers have a lot of work to do to get in compliance with the salary cap.

The new season begins Wednesday and the NFL has not delayed the start as of Monday morning.