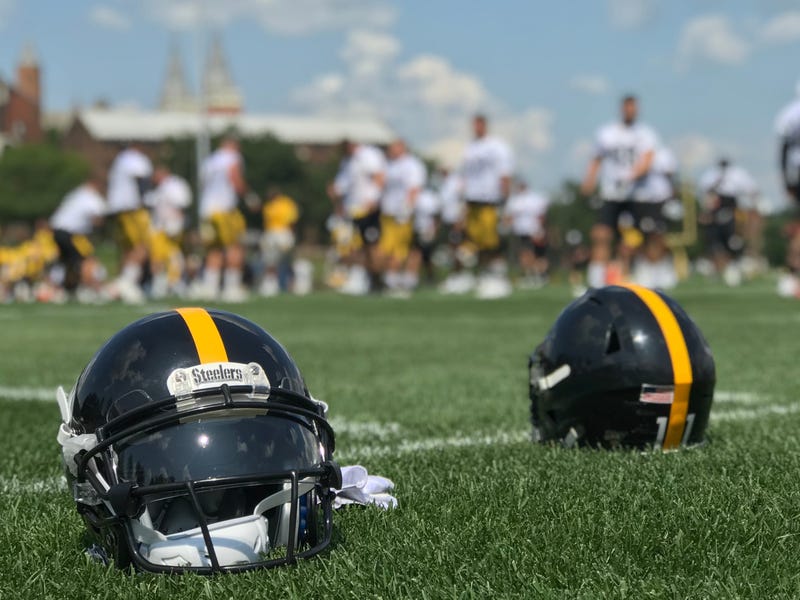 LATROBE (93.7 The Fan) - The Steelers have announced that wide receiver coach Darryl Drake passed away Sunday morning. He was 62.

The cause of death is unknown. Drake was preparing to enter his second season with the Steelers.

“We are at a loss for words following Darryl Drake’s passing this morning,” team President Art Rooney II said in a statement. “Darryl had such an impact on the players he coached and everyone he worked with through his entire career. He was a passionate coach and had a tremendous spirit toward life, his family, his faith and the game of football.

“Our prayers and thoughts are with his wife, Sheila, his three daughters, his grandchildren and entire family during this difficult time.”

Before joining the Steelers, Drake was the wide receiver coach for the Arizona Cardinals and the Chicago Bears. He had collegiate coaching stops at Texas, Baylor, Georgia and Western Kentucky, where he played college ball.

“Darryl was a close friend and had a tremendous impact on my coaching career,” Steelers coach Mike Tomlin said in a statement. “He was an amazing husband, father and grandfather, and it is difficult to put into words the grief our entire team is going through right now.

“Darryl loved the game of football and every player he ever coached. We will use our faith to guide us and help his family throughout the difficult time. My heart and our prayers are with his wife, Sheila, and Darryl’s entire family.”

The Steelers announced that Sunday’s practice, scheduled to start at 2:55 p.m. has been cancelled and that the Saint Vincent campus will be closed for the day.

Updates from the team on the coming days will be provided at a later time.