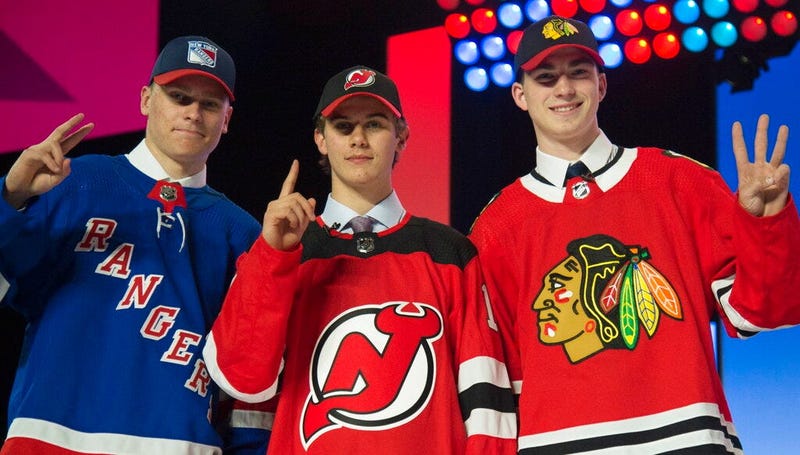 VANCOUVER, British Columbia (AP) — P.K. Subban and Patrick Marleau are on the move in a pair of trades, overshadowing the start of the second day of the NHL draft.

Subban was dealt from Nashville to New Jersey shortly before the Ottawa Senators opened the second round by selecting American center Shane Pinto. The Predators acquired defensemen Steven Santini and Jeremy Davies, the 34th pick in this year's draft and a second-rounder next year.

The Devils also headlined the opening round of the draft by selecting American center Jack Hughes with the No. 1 pick.

The 30-year-old Subban won the Norris Trophy in 2013 as the NHL's top defenseman. But he is coming off a season in which injuries limited him to nine goals and 22 assists in 63 games.

Toronto made a splash about an hour before the draft began by trading Marleau to Carolina to free up space under the salary cap. The Hurricanes acquired a conditional first-round pick and a seventh-round selection in next year's draft.

Pinto is from Franklin Square, New York, and his selection continued a trend in which 11 American players were chosen in the first round — one short of the record set in 2016 draft.