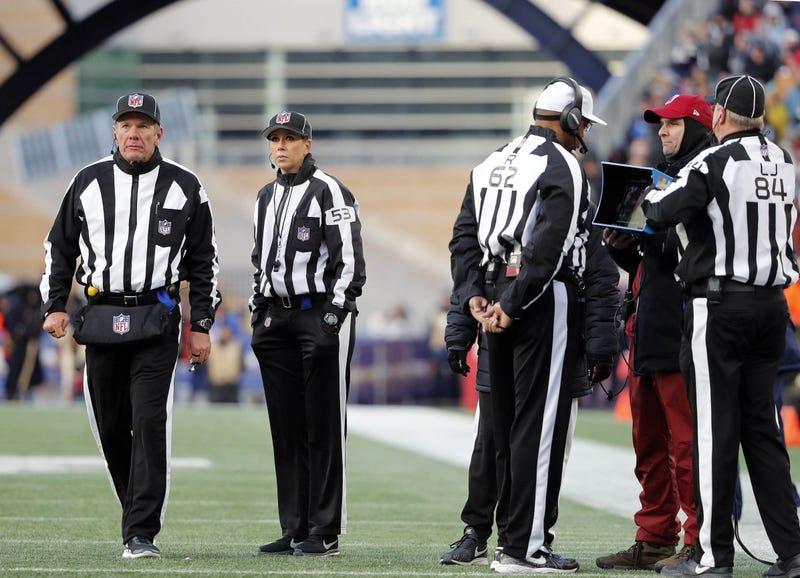 I couldn't be more in love with a certain aspect of what the Alliance of American Football is doing. They are getting it right in at least one regard; they are letting us inside, bringing conversations that the NFL deem private right into our living room for us to eavesdrop on. And it is absolutely spectacular.

This past weekend was the first for the AAF. The football was so-so at best. I have seen better quarterback play in that Pittsburgh Sports League in Lawrenceville where hungover guys do their best to try to reenact when they were the 8th grade quarterback at South Side Beaver and got that big win over Carlynton. Anyhow, back to the AAF --- the football was spotty at best, but some of the peripheral features were outstanding. No feature of the broadcast was better than having the audio between the on-field official and replay official piped into our living room. We could hear the debate, we were a direct audience for the back and forth and the banter as to why the replay official felt a certain way.

In one instance, replay official Terri Valenti started out agreeing with the call on the field of an incomplete pass in the end zone, but then started to talk her way through the play as she started and stopped the play, slowed it down and looked at it from different angles. By the time she was finished, she had reversed the call to a touchdown, letting us hear the whole reasoning and rationale during the process. It positively blew me away. Even now, I don't know if she got the call exactly right or wrong as it was very, very tough to make but I understand exactly her reasoning for overturning the call on the field because, well, I heard her tell us why.

It was a facet of the AAF product that really did make you wonder why the NFL doesn't employ it in their broadcasts. Think back to the (in)famous Jesse James play against the Patriots. Even if the outcome Steelers fans didn't want would have been reached, wouldn't you have liked to be a fly on the wall for the discussion as to why it was called that way? Using the AAF way of doing things you would have been.

To be honest, moving forward in the NFL, you should be a fly on the wall. Seeing what I saw (and more so hearing what I heard with the replay discussion in the AAF game) it was a level of transparency the NFL needs to see and apply.

Look, I don't know if the AAF will be around in a few years. To me, there were some things that were impressive but the worst thing about the league was the quality of the football --- and I don't know how quickly it can be fixed or if it can be bolstered much at all. It was tough to watch throw after throw not as crisp and on-point as it usually is in an NFL game and decision making clearly not at the level of the big boys. The football was, make no mistake, subpar.

But there were certain facets --- especially the viewer being able to listen in on the replay discussion --- that blew away the NFL product. Will the NFL take a serious, hard look at doing the same, or will the NFL cross their arms and say, "we don't need to do anything just because someone else is doing it!" is the biggest question in all of this.

In my opinion, the NFL is now forced into showing us the same process. It has to. It cannot let the piddly, little AAF --- some startup, nothing of a league in their minds --- serve this kind of gold to the football-watching consumer without doing it themselves.

In short, how in the world is the AAF going to pull the curtain back on the Wizard of Oz and show the mechanism that goes on during replay, but the NFL continue to keep it a secret?

The answer is that it can't.

I guess they actually can. But if the NFL continues to keep replays in the dark, they will look foolish because the AAF exposed the entertainment value in watching the process play out.