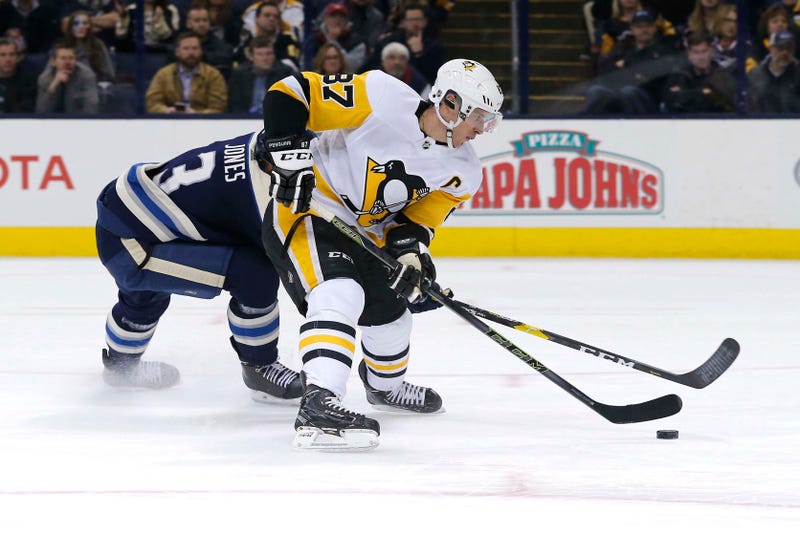 PITTSBURGH (93.7 The Fan)- With Tuesday night's win over the Blue Jackets in Columbus, the Penguins effectively reinserted themselves back into a playoff spot and knocked Columbus out of one. But just one point separates the two and getting into the postseason is still far from a lock with 19 games left in the regular season.

"The Pittsburgh Penguins will make the playoffs and I think we saw why last night."

"The reason I like the Penguins...and this has been evident all year long and we've got to find a way to get them more big moments...because whenever they've had an opportunity to have to rise to an occasion where there's been just a little more spotlight shown on them I feel like they've delivered as a team," said Lawton. "It's their play against weaker teams that concerns me. If they can straighten that out down the stretch here then I don't see any reason why they won't make the playoffs. It's going to be a dog fight, Carolina's really playing well. Montreal continues to surprise me. Columbus obviously, they're loaded for bear now. They're going to have a little adjustment period but I would expect them to pick it up so the Penguins are going to need to be sharp all the way through to make the playoffs but I believe that they will."

Lawton also commented on a Penguins addition we haven't seen yet here in Pittsburgh with defenseman Erik Gudbranson. He thinks the move makes sense for this team.

"He's one of the few guys in the league that actually still, on a nightly basis just by his presence, scares people. If you can get him into the game with enough minutes, you can really feel the full force of that. I think he's a good player, he's a tremendous leader. I spoke to Willie Mitchell about him who played with him for a while in Florida and he had nothing but fantastic things to say about Erik and his abilities [and] his presence in the locker room. I think it's going to be a good add for the Pittsburgh Penguins, I really do."

You can hear the entire interview with NHL Network analyst Brian Lawton including his thoughts on Matt Murray, Jared McCann and the Eastern Conference playoff race on The Fan Morning Show below.  ​
___Follow 93.7 The Fan: Facebook | Twitter | InstagramListen to 93.7 The Fan on the RADIO.COM App - Download Now