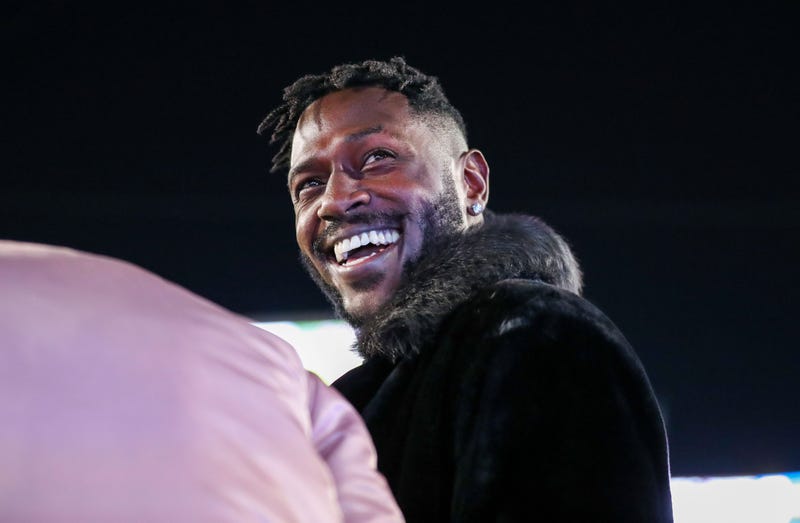 Hard to believe all the reaction to the Super Bowl was at the beginning of this week. Feels like a month ago at this point. But after seeing the Chiefs, once again down by double digits in a postseason game this year, come back to win it all led by their 24 year old stud at QB, many were thinking...are we seeing the start of the next dynasty in the NFL?

Certainly a valid question because all of the elements are there. Mahomes has taken the league by storm, they have a tremendous head coach who is now likely headed for the Hall of Fame after getting his first Super Bowl win and the organization seems to be well-run from those at the top.

I believe the only thing stopping them is when they need to actually pay Mahomes what he deserves. And it figures to be a monster deal. But his free agent year isn't until 2022, allowing them more opportunities to win more titles until it's time to open up the wallet. If there is one thing we've seen in the NFL, it's that the big-time contracts to quarterbacks makes it a lot harder to build a team around him. I think of the Packers having to pay Rodgers, the Lions with Matthew Stafford, the Falcons with Matt Ryan. All of these QB's take up significant cap room and some teams aren't as crafty with their money management to build around them.

Also, how much longer does Andy Reid want to coach? I think it would be naive to think he wasn't a major part of getting the most from that offense and if he goes, the franchise would feel it, Mahomes or not. In short, it will be easy for title runs until Mahomes gets paid and while Reid is there, but once one of those variables changes, then the rest of the AFC has a chance to catch up. The other potential upset factors...Will the Patriots load up for another run with Tom Brady? And can Lamar Jackson figure out the postseason? Right now the Steelers, even with Ben Roethlisberger...don't factor into that discussion for me.

4. Big Ben & Steelers QB's Update
On Monday afternoon this week, our own Ron Cook provided an update to Ben Roethlisberger with this tweet.

A Ben Roethlisberger update: He will see his doctors in LA Feb. 21 and hopes to get clearance to start throwing tennis balls and other light objects. He remains confident he will be ready for the Steelers' offseason work in May. Roethlisberger had elbow surgery Sept. 23.

Many have speculated as to whether this is behind the original timeline they set out for him but the details of that are unclear. I think that it would be silly to expect Ben to play in all 16 games this upcoming season. Coming off an elbow surgery at what will be his age 38 season, who knows what version of Ben we get back and expecting him to hold up throughout the year is a bold way to think.

That being said, Art Rooney II answered fan questions this week and mentioned that the Steelers don't plan to add a veteran backup QB. Rooney is content with Rudolph, Hodges and Lynch behind # 7. I think it would be derelict of duty for the Steelers not to at least investigate the free agent quarterback market. One fiilled with former starters like Marcus Mariota, AJ McCarron, Case Keenum. Now, I know the Steelers are already strapped against the cap. They always are. Maybe those kind of signings don't make sense financially.

But not making that move opens them up to the same scenario playing out in 2020 as it did in 2019. The margin for error is so small in the NFL, we've seen it here in Pittsburgh over the last couple seasons with the Steelers having their postseason hopes dashed in Week 17. Even if Ben misses 3 games. Or 2. And Mason Rudolph has to play or God forbid...he gets hurt yet again...now you're left with Duck and Paxton Lynch. Again. All while the playoffs hang in the balance. Why not take a chance on a veteran that gives you a better chance to win in that scenario? I don't know about you, but I didn't see enough from Mason Rudolph to feel like he's Charlie Batch filling in.

This is enough to make your head spin. GM Ben Cherington continued his attempt to not use the fated "R" word and tried to explain what that term means to him. Part of that explanation included this from the Pittsburgh Post-Gazette, “If I think about the word rebuild, what comes to my mind is a team that has been doing well that you are taking apart to then rebuild it, and you’re in the process of doing that. It feels more like where the Blue Jays were after 2016. We knew we were going to have to rebuild that roster. That’s what happened over the last couple years, and hopefully now they’re getting closer to being more competitive.”

So if I am picking this apart correctly, Cherington is saying that the Pirates weren't even good enough to "rebuild." Whatever you want to call it that they're doing, it appears that it's going to be a lengthy process and maybe that's why Pirates brass is so hesitant to use the word. I think Cherington and others would do well to just not try to define things and confuse people with semantics much like the regime before him did. The fact is, it's likely going to be multiple years of losing in order to get close to contending again.

That starts this season, as USA Today projected the Buccos to finish 60-102. That feels a little low to me, even without Starling Marte on the roster and all the uncertainty with the pitching staff. I think the younger talent at least fights for 65 wins at the very least. But hey, 65 or 60 it obviously doesn't matter. What matters more is monitoring how aggressive Cherington and the front office is being in "rebuilding" this thing and whether they are getting the most from their young talent that Huntington and co. failed at doing far too often. Cherington is known for his player development. Let's see it.

2. Narduzzi Back to Sparty?

Not days, not hours, not minutes but seemingly seconds after Mark Dantonio announced his somewhat sudden retirement as the head coach of Michigan State, Pitt's Pat Narduzzi was dubbed as a top candidate to replace him. It sent some Pitt fans into a panic, thinking the program was yet again going to lose their head coach to another school, essentially using Pitt as a stepping stone job.

I'll admit, it wouldn't have been a great look for Pitt had Narduzzi run off to Michigan State. It also didn't make all that much sense to me because Narduzzi's ties to MSU didn't go much beyond just working there for 7 years, the Michigan State football program is in a bit of hot water with recruiting violations, it's much easier to win in the ACC Coastal than the Big Ten East and this figures to be the best "all Narduzzi" Pitt team yet. Or at least the most talented.

Narduzzi squashed those rumors by slamming on the podium and saying he wanted to be at Pitt. It was refreshing to finally hear a head coach publicly stand up for Pitt over another program. Who knows how much of a candidate he even was or is, but until they fill the position there's always that thought that if Michigan State threw enough money at him...

1. AB's Apology Tour Comes To Pittsburgh
​Colin Dunlap, Chris Mack and Jim Colony of The Fan Morning Show conducted what I thought was an excellent interview of Antonio Brown on Thursday. You can listen to the entire interview here if you missed it but the highlights for me were...

-He knows football and getting back into the NFL is what is best for him, but he still might not be able to get out of his own way to get back

-I don't think the fences will ever quite be all the way mended between him and the Steelers organization and certainly not with JuJu Smith-Schuster who he clearly still has an issue with for "disrespecting" him via social media.

-Jim Colony brought out some of the old, smiley, happy AB that most of Pittsburgh fell in love with at a time. But I don't think we ever see that guy again. Either his comeback attempt fails and he gets bitter and angry again or he gets back into the league and is back to being invincible and able to do what he wants while making whatever excuses he'd like. As a person, I hope he figures it all out and stops being some destructive to himself and those around him. There's some awareness there, but he just hasn't quite turned the corner to being believable.