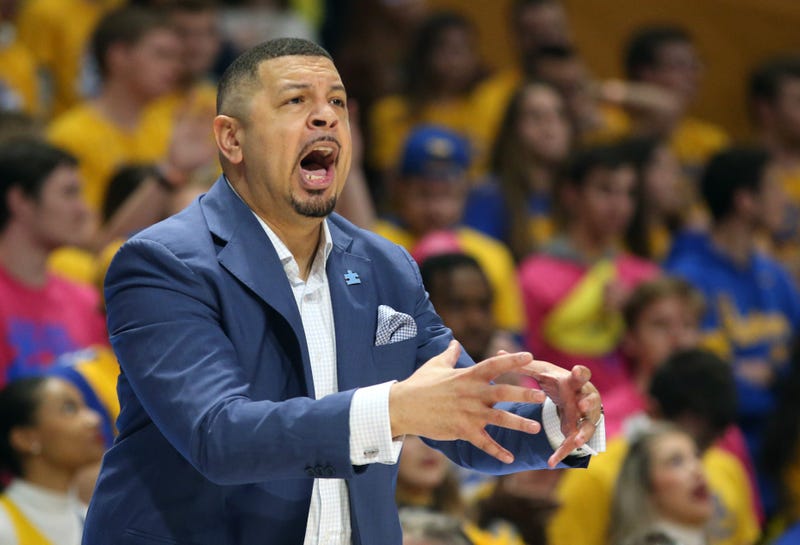 Here are five things that happened this week in Pittsburgh sports

5. Is This The Plan That Sticks?

Major League Baseball has led the way in at least one thing lately: throwing out ideas and proposals on how its sport is going to get back to playing games. They haven't always been met with great expectations or warm feeling either, especially from the game's biggest stars like Mike Trout and Clayton Kershaw.

This one includes a three-state hub of Arizona, Texas and Florida where 10 teams would be in each location as the league is split into three divisions. No National League & American League, just East, West and Central with the Pirates landing in the East with the Red Sox, Yankees, Mets, Nationals, Phillies, Rays (how 'bout that group of competition? Yikes), Blue Jays, Orioles and Marlins (talk about a drop off). ​This proposal also opens up the option of teams getting back to their home stadiums at some point during the season, fitting in 100 games or so and maybe even having fans in the stands by the end of the season.

As always with these ideas, everything depends on the state of the nation and the ability to test consistently but there are a few things that me think this is more logical. The possibility of getting back home at some point and not having to be locked into one location like Arizona for months may just sway some of those veterans that expressed concerns about leaving their families behind to go play some baseball. The divisions would also help to limit travel even if/when they break out of their "hub" cities. The longer this goes on, the more I'd like to think these players just want to play. The more normal that is the better, but in the end it's still very much just an idea.

CBS Sports ran a simulation with this setup using "Outside The Park Baseball 21." The Pirates somehow went 55-45 and finished 3rd in the East while clinching a playoff berth! But, as we know, if you don't run 10,000 simulations...nothing else matters in the end.

It was reported this week by Jason Mackey, our Pirates insider here at The Fan and of the Pittsburgh Post-Gazette, that the Pirates have suspended contributions to employees’ 401(k) plans, a move that affects people inside and outside of baseball operations. In addition, all members of the executive leadership team have voluntarily taken salary reductions​. This is a move that hasn't been repeated by any other teams around the league to this point, although it may be coming down the road. Elsewhere, the Rays have furloughed some employees and reduced the pay of most others, while the Athletics are considering extensive layoffs, according to The Athletic’s Ken Rosenthal and Alex Coffey.

We need baseball back in more ways than just entertainment on our televisions on a Tuesday night.

Golf courses were deemed to be opened up today (Friday) in the commonwealth of Pennsylvania after a far too long hiatus in the minds of some. It doesn't come without its restrictions though, as there are still masks to be worn, pins to remain untouched, carts to be cleaned and not shared and of course, our favorite buzzword, social distance to be maintained.

But this is a milestone if nothing else. A very little glimpse into what a normal world looks like again. A chance to get outside with others and get some exercise. We can get back to hearing stories about Jim Colony's golf excursions as well, where he battles certain holes to the death and then just completely skips others. Maybe this is the beginning of the light at the end of the tunnel. I do wonder how strictly the rules from each course will be enforced and if there is anything that could be done to cause a recession back into a shutdown again. Let's hope it doesn't come to that. Enjoy!

There were rumblings for a while, especially among the most diehard Pitt fans. When it happened on Tuesday, it was cause of celebration for Jeff Capel and his staff and a culmination of the relationship he built with McDowell's William Jeffress almost from the time Capel stepped into the head coaching job. Jeffress is ranked as a top 75 player in the country, reached as high as 58th by 24/7 Sports and is the consensus top recruit in the state.

With the addition of Jeffress, the 2020 class jumped to 13th in the nation according to 24/7, and now sits at 20th. Six foot nine center John Hugley is another 4-star recruit coming in, along with 3 others to make up the class. It's the highest ranked since 2007 and Jeffress is the most highly touted recruit since Steven Adams back in 2012.

This is the first big, tangible thing that can be directly connected and attributed to Jeff Capel. Sure, he brought in Xavier Johnson and Trey McGowens right away. Yes, he played a major part in the idea to flip the court to have the Oakland Zoo behind the opposing bench. He also has a winning attitude and has brought that air of expectation with him given the success he's had at Duke and his other stops. While all of that is great, it's resulted in being 30-36 overall and just 9-29 in conference play over the past two seasons.

But here is a name. Here is a player that can make a direct impact on the result of wins and loses. Here is evidence of the work he is doing. The first big step toward becoming that consistent winner the program was before. Is it good enough to get back into the postseason? Pitt has:

-Xavier Johnson coming back as a 3rd year starter

-A transfer from Delaware in Ithiel Horton, who Capel himself has praised many times as being a potential difference maker

-Hugley and Jeffress coming in as freshman who can really play.

I'd say it's not crazy to have those expectations.

1. Kevin Colbert Says No Veteran QB
Rumors were swirling that the Steelers made a better offer to free agent QB Jameis Winston that he denied in favor of a one-year, $1.1 million deal to go to New Orleans and learn under Sean Payton and Drew Brees. Steelers general manager Kevin Colbert came on The Fan Morning Show on Wednesday and flat out said the Steelers were not involved in any negotiations or offers for a veteran QB.

Colbert made it clear throughout the interview that the organization still has belief in Mason Rudolph as the backup quarterback, citing the difference challenges that he went through last year being thrust in a starting role and in Colbert's mind, handling them well. Whether people agree or disagree, it looks like Mason will be the guy. Does that mindset change with Andy Dalton now being available? Time will tell, but with limited cap space and this continued reassurance of Rudolph's abilities, I highly doubt it.

I will say, I thought the idea of Winston to be a somewhat impossibility because of what I thought he would demand in salary as a backup. But seeing that contract he signed in New Orleans hurt. That was affordable. For anybody, really. If that was available to the Steelers and they truly didn't even try to pursue it, that's a missed opportunity. At this point it can't hurt to add arms behind Ben's surgically repaired one.

And no, I wouldn't be worried about Ben getting upset by a veteran coming in. As long as he's healthy, Ben's job will NEVER be in jeopardy. The franchise has already added some offensive pieces this offseason to help (Ebron, Claypool, McFarland, even Wisniewski and Watt) so this isn't an Aaron Rodgers-Green Bay scenario playing out where they would be abandoning him for their future. What's to be upset about?