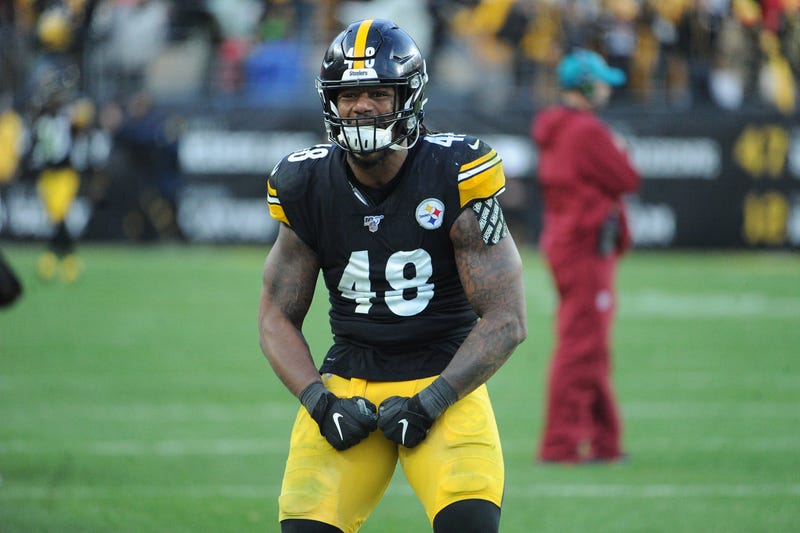 It was the first full week without any live events, but we still had local sports news. Here are 5 of the biggest things to happen and some reaction.

The undrafted rookie free agent turned 11-year pro decided to retire this week. The business side of it serves as a relief of sorts for the Steelers and that had to be a factor in Foster's decision. If it wasn't retirement, it was likely a release for Foster. He said himself when he joined The Fan Morning Show this week, "I had conversations with the Steelers, the front office and coach Tomlin. If for anything, I'll bow out instead of having to go the other route because my mentality the whole time after being here for so long was just simply, it was Pittsburgh or nowhere else for me. Especially this late in my career. To me it was, hey, know when to say when."

Although he was never an All-Pro or even a Pro Bowler, Foster's value came in his availability, his consistency and his leadership in the locker room. He started at least 14 games for the Steelers in each of the past 9 seasons. He often served as the voice of reason and sensibility in times where, over the past few seasons...let's be honest...it hasn't always been sensible with the Steelers.

It remains to be seen how replaceable Foster is as the line continues to get younger, Matt Feiler seems to be the leading candidate to take his place. Feiler has a long way to go to be able to match the career Foster had. Whether is shows on the field in a big way or not, a staple of the team is now gone.

4. Shaving To The Cap

That's pretty much what this Steelers offseason has been all about to this point. Among those to get the ax were linebackers Mark Barron and Anthony Chickillo. They also had to restructure deals to some veterans like Vance McDonald, Ben Roethlisberger, Joe Haden and Cam Heyward.

It also led to others being picked off to other teams. The biggest contract elsewhere was nose tackle Javon Hargrave, who signed a 3-year, $39 mllion deal with the Eagles. For I believe a day, he was the highest paid NT in the league. Yeah, no way the Steelers were going to be able to pay that. Hargrave had a great season and showed he can be a valuable starter after Stephon Tuitt got hurt...again. I don't see it being a humongous detriment to the Steelers defense to not have #79 in the middle, but I am interested to see what the trickle down effect will be. Nose tackle is one of those positions that's hard to quantify.

Former 2nd round safety Sean Davis also left to the Redskins for $5 million, Tyler Matakevich received a 2-year, $9 mllion deal with Buffalo and offensive lineman BJ Finney got $8 million over 2 years from Seattle.

Overall, it's been a bit of a purge but according to overthecap.com, the Steelers sit somewhere around $10 million under as of this writing. Not sure if that is the exact number, as it's unclear whether the restructurings were full, but it gives us an idea. It's a loss of depth for now and makes the Steelers a little more top heavy. But necessary in both being compliant this upcoming season and freeing up money for signings down the road for guys like TJ Watt.

A fullback and an interior "swingman" offensive lineman. Man, that describes Steelers free agent periods in the past, doesn't it? Last year was a bit of an anomaly when the Steelers signed Donte Moncrief, Steven Nelson and Mark Barron to free agent contracts.

Derek Watt comes in with a reported 3-year, $9.75 million contract, one that leads to some head-scratching. This signing was announced right before BJ Finney headed off to Seattle and right after Tyler Matakevich was gobbled up by Buffalo. Many wondered why, with Roosevelt Nix already on the roster, the Steelers would make this move instead using that money to keep BJ Finney around with Ramon Foster retiring. Nevertheless, Nix was released and Watt comes in in a presumptive dual role. While serving as the primary fullback, Watt is also known for his special teams play. With Matakevich gone, Watt looks to be that quality special teamer. Plus, what can he do as a fullback? One would think that if he signed for that much money, maybe Matt Canada has something extra cooked up for him in the offense beyond what Rosie Nix was used to do and that was mainly just blast holes in front of the running back (which he was very effective at doing by the way).

The other signing was a homecoming for Stefan Wisniewski. The Central Catholic grade, Penn Stater and 9-year pro comes in after having started in the postseason and winning a Super Bowl with the Chiefs last year. He also started 11 games for the 2017 Super Bowl champion Eagles. It's a much needed depth move and who knows, maybe we see more of him than we think next year.

2. Bud Dupree Gets The Tag

It was one of the main storylines of the Steelers offseason and we finally got the answer to the question: What is Bud Dupree's future?

Ok, well, we kind of got the answer to that. At least for next season we did. The Steelers placed the tag on him for just about $16 million this season and ensuring that the lethal tandem of him and TJ Watt stick together for at least one more year. Of all the moves made to this point, this is the biggest one in my opinion. Although he didn't make it, Dupree broke out to have a Pro Bowl-like season. He had the season that we had all been waiting for him to have. The tag was a bit pricey but it was the right move. After just one year of great success, there would have been risk in committing long term money to him but you also didn't want to see him just walk out the door without seeing if he could repeat that performance or maybe even take it to a higher level.

I personally believe that we may have seen the best from him already. Last year was a perfect storm of playing for a contract and having a dominant rush end opposite him. He still has those factors to work with again this year, but there may be some regression to the mean next year. Either way, he became a priority with the "writing on the wall" (I think I'm going to ditch that phrase after hearing it so much lately) that Chickillo was going to be cut and with Ola Adeniyi behind him.

1. Doing Good In The Midst Of The Coronavirus

Of course, there is a bigger picture that goes way beyond sports right now. But those two worlds meshed together this week and provided a couple of "feel good" stories.

The first being that all 30 MLB franchises decided to donate $1 million to help the thousands of seasonal ballpark employees whose paychecks depend on games being played. This is the kind of stuff you love to see. These teams are taking care of their own, realizing the need and meeting it. Who knows when the season will actually start, too. Everything is fluid right now. Reports speculate around Memorial Day as a feasible time. Will there be a modified continuation of Spring Training before that? Do they play in empty stadiums first and then crowds later? How many games will they actually play? That's all left to be sorted out.

The other comes from the Pittsburgh Penguins. General manager Jim Rutherford and CEO David Morehouse, specifically.  Both will be taking voluntary pay cuts so that other members of the Penguins staff will not be as impacted financially from the coronavirus outbreak. Before that, the Penguins announced a plan to make sure that full- and part-time arena and service employees at PPG Paints Arena would not lose income during the work stoppage, with donations coming from players and the Mario Lemieux Foundation. As far as the actual season, much of the same questions apply here. Do they play a postseason? How do they fit it in while gearing up for another regular season? We shall see. Hopefully sooner rather than later.