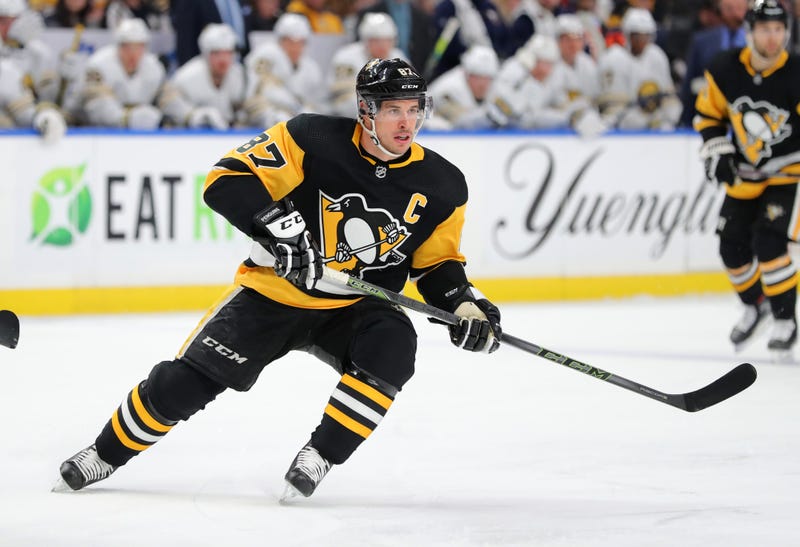 July 24, 2020 07/24/2020 3:23 pm
5. Steelers Sign Their Rookies
STORY: The Steelers tackled the fact that they have none of their 2020 draftees signed to an actual contract one at a time this week. First, it was 3rd round pick Alex Highsmith on Tuesday. Then came 2nd round wide receiver Chase Claypool, 4th round running back Anthony McFarland Jr. and 6th round pick Antoine Brooks.
SPIN: They still have some work to do in signing all of their draft class, but seeing this rookies signed alongside the announcement from the league that there will be no preseason game this year brings up an interesting question. Will any of these guys have a major impact on the team in 2020 with their lack of experience and game action? The evaluation process just got that much tougher and it will be interesting to see how much Mike Tomlin and the coaching staff trusts putting their rookies in the game, as they will all count right away. Baptism by fire will be the inevitable necessity, how much often will they be put to the flames?
4. Bucs Get "Swept" By Cleveland
STORY: In a series of three exhibition games that wrapped up this week, the Pirates lost all three game to the Cleveland Indians as they ramped up for the 2020 season.
SPIN: I know, I know. It's Spring Training. Even if it is 2.0 or "summer camp." But the Pirates went a combined 3-21 in Spring Training this year. That's pretty hard to do, especially when the competition level is the same and not a AA team taking on AAA squads or something like that. Despite the numbers, there has mostly been positivity emanating from the Bucs clubhouse, although manager Derek Shelton did express at least an acknowledgement of the bullpen's struggles in these games that to me, looks horrifying. Keone Kela has been out after testing positive for COVID-19 and he can't come back soon enough just to add some stability to that group. Joe Musgrove and Trevor Williams looked good, though. Cole Tucker showed he can play the outfield with a really nice sliding catch against the wall. I think he ends up playing more innings out there than in the infield due to a shorter talent pool in the outfield and potential injury risk for Gregory Polanco.

3. Blue Jays Denied Playing At PNC Park ​
STORY: It seemed like this was a done deal on Wednesday. Reports said that the Blue Jays players had been told that Pittsburgh and PNC Park would be where they would spend the majority of their home games. Then, the PA Department of Health and Gov. Tom Wolf denied this move.
SPIN: This leaves me scratching my head for a few reasons. Why did it seem like it was such a sure thing before the state even gave approval? If the reason why the Blue Jays were denied was because they didn't want new people coming into the state...aren't these athletes some of the most highly tested people in the nation? If it was about adding risk, aren't there already going to be athletes coming in and out with the Pirates playing? If it was about the worry of teams from hotspots (Miami) coming into the state to play the Jays, aren't they already traveling into Philadelphia to play the Phillies. Finally, if it's really about not allowing more people from outside the commonwealth to come in, then why are the state borders open?

In the end, it was more of a "cumulative" and "added" risk, as explained by Allegheny County executive Rich Fitzgerald on The Fan Morning Show this week. It would have been a cool aspect of this 2020 season and would have provided a boost to the local economy as well.

2. Sidney Crosby Not Practicing
STORY: After leaving practice back on Saturday, Sidney Crosby has not practiced or scrimmaged with the team since. He did skate on his own and was seen at the facility at on the ice on Wednesday.
SPIN: Mike Sullivan, per league rules, cannot comment on why Crosby has been sitting out. All rumors say that it's nothing serious. At this point, I'd rather not see Sid scrimmage or play in any game-like action until Game 1 of the playoff series against Montreal. The Pens have an exhibition game against Philadelphia coming up on Tuesday...keep Sid far away from it. The Flyers likely won't get too crazy being that they want to stay healthy as well, but don't take any unnecessary risks. Even if it isn't serious, shelf him until it counts. If there is anyone prepared enough to just jump into game action after a long layoff, given his career history, it's Sid.
1. Pirates Opening Day
STORY: Joe Musgrove gets the Opening Day start as the Pirate take on the Cardinals in St. Louis Friday night at 8:15.
SPIN: We're finally here. Baseball is back, although it certainly won't look the same. A 60-game regular season and an expanded playoff field from 10 to 16 teams adds some intrigue. Do the Pirates have enough to contend for the postseason? Do the special season circumstances get people excited about their chances?

Maybe. For me, I see a 24-36 team. Depth and pitching will still be tested and I don't think the Bucs have much of either outside of Musgrove and Williams at the top of the order. They got a great draw as far as an AL division with the Central. It's not very deep. But the NL Central should be the best race in baseball as every other team outside the Pirates should be, at the very least, around .500 and in contention.

Here's some other Pirates predictions for me:

-Trevor Williams will have the team's lowest ERA among starting pitchers. Mitch Keller will have an up and down year that will leave us all still questioning what he will become in the Majors: Musgrove might have flashier stuff, but Williams is crafty and deceptive. Keller seems to lack that confidence and swagger and I suspect he will look like a Cy Young candidate one start, and like a 5th starter the next.

-Gregory Polanco will play fewer than 40 games. Cole Tucker will play more innings in the outfield than the infield: This is kind of a cause and effect thing. I just don't trust Polanco's ability to stay healthy and Tucker will be one option to fill that spot defensively. Whether or not he'll be able to hit better than .211 remains to be seen.

-Colin Moran's bat will at least soften the calls for Ke'Bryan Hayes: Moran had a bit of breakout year offensively in 2019 and has looked good in both Spring Training's this year. Hayes is still the future at third, but Moran's bat keeps him in the lineup.