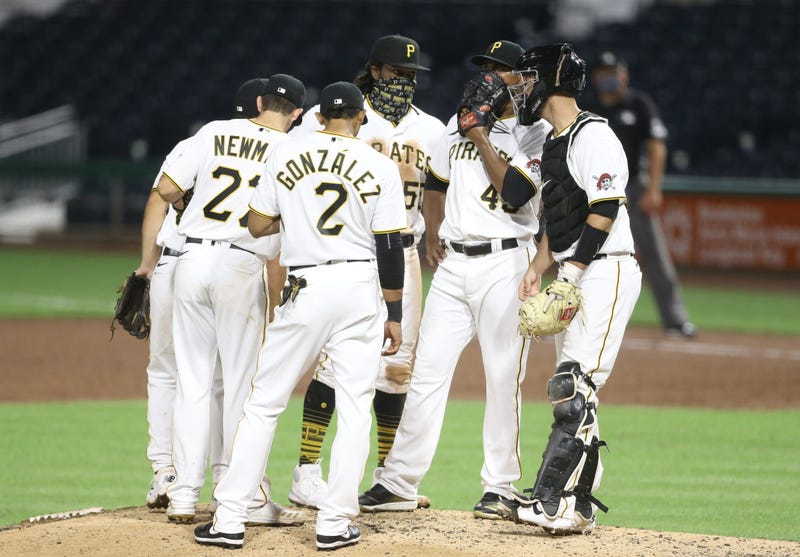 Here are five things that happened this week, with a little of my thoughts on it as well.

5. Steelers Sign Smallwood, Riley
STORY: Even with cap issues at hand (as always) with potentially more to come with money lost from whatever this 2020 season will look like, the Steelers made a couple of minor signings this week. Former West Virginia Mountaineer running back Wendell Smallwood agreed to a one-year deal Tuesday. Then, they signed free agent safety Curtis Riley on Thursday.
SPIN: It's hard to tell how either of these guys will factor into things in 2020. The Steelers now have a ton of running backs on the roster it seems, although with COVID uncertainty and expanded rosters coming their way, it might not be a bad idea. Smallwood had his best season with the Super Bowl champion Eagles in 2018, accumulating over 360 yards rushing and 230 receiving with 5 total touchdowns. He seems like a clone of Jaylen Samuels in being a pass catching back, which makes me wonder about his Samuels' future. Maybe Smallwood has the edge of him because of some kick returning experience? He won't get playing time over Conner, Snell or even 4th round pick Anthony McFarland, I wouldn't think.
Riley is intriguing, in his only full season in 2018 with the Giants he recorded 4 interceptions along with 75 total tackles. Again though, he will safely and securely behind Minkah Fitzpatrick and maybe, at the very least, provides depth you feel better about than Marcus Allen. Then again, maybe not if you take 93.7 The Fan's Andrew Fillipponi's word to heart.

Curtis Riley stinks. He would make Mike Mitchell look like Ed Reed. Believe me, I watch a lot of Giants games. Nothing to see here with this Steelers signing. If Riley has to play, he'll get exposed. And abused. Badly.

STORY: Tomlin met with the media via video conference call Thursday as training camp technically begins. He coined a new phrase along the way while talking about the precautions he urges his players and staff to take to make a season work. "It's one fail, all fail in this environment."
SPIN: Essentially, don't screw this up. Don't be the Miami Marlins. Be responsible and don't put yourself at any kind of unnecessary risk because we want to actually do this thing and play football. As NFL Network reporter Aditi Kinkhabwala said when she joined The Fan Morning Show Friday, John Harbaugh in Baltimore and Kevin Stefanski in Cleveland essentially said the same thing Thursday but, I mean, Tomlin just says it better. He basically admitted to be a cliche machine in this meeting, too by saying "you guys know I love catchphrases." I appreciated that.

Let's just hope they heed his words. Oh, and he said Ben looks good and has been throwing the ball well.

3. Penguins Sloppy In Exhibition Game
STORY: The Penguins finally played someone else but themselves on Tuesday, playing their first game inside the Toronto bubble against the Flyers. They lost 4-2 in a performance that Mike Sullivan said was "sloppy."
SPIN: This was to be expected, I think. It had been months since they last had played and it was some of the typical things you'd expect before they tighten up and rein it in to what Mike Sullivan wants. You know like turnovers from Malkin and Letang and, at one point, I believe there were 10 players on the ice at one time during a shift change. The powerplay was a mess, but you would think both units have too much talent on them not to figure it out along the way. In net, Matt Murray gave up two goals on 12 shots before Tristan Jarry came in and made seven saves on seven shots before giving up a goal in OT. To me, it was indistinguishable who was better, which means it will likely be Murray with the start in Game 1.

I'm going to be holding my breath a bit when they go against Montreal Saturday. Not because the Canadiens are even worthy of being a playoff team but because this kind of sloppiness is exactly what got them swept last year against the Islanders. I've still got Pens in 4 here.

2. Pitt Football Gets New Schedule
STORY: On Wednesday, the ACC announced a revised schedule for the 2020 football season that features what is being called the "plus one" model. It's 10 conference games, 5 home, 5 on the road, with one non-conference game played per school. Also, Notre Dame is a member of the conference just for this season and will be eligible for the ACC Championship Game. The Panthers had Duke, Virginia and North Carolina loped off the slate, while having Boston College, NC State, Louisville and Clemson added.
SPIN: Pitt didn't catch any breaks here. They've got to face all the big boys in the conference, outside of North Carolina (and we all know their struggles against them over the years). The addition of the road game against Clemson really hurts. That was a monster they were hoping to avoid and had before this re-shuffling. As far as their one non-conference game, AD Heather Lyke told The Fan Morning Show Thursday that it will likely be Miami of Ohio being that they already have a contract to play against them and they are local.

The conference switched to just one division as well, so there goes the comfort of shooting for a Coastal division title through a typically weak field on that side of the ACC. It will be a fight for 9 or 10 wins as always and it is such a Pitt thing for them to assemble arguably their most talented team under Pat Narduzzi, particularly defensively, only to have the season uprooted and made harder to get through.

1. Pirates Off To Rocky Start
STORY: After a series loss to St. Louis over the weekend, the Pirates held their first home series of the year against the Milwaukee Brewers.  The Bucs held a 5-1 lead going into the 9th inning on Monday, only to have the bullpen get blown up for 5 runs between Michael Feliz, Kyle Crick (who's now on the 10-day IL) and Doydas Neverauskas to lose 6-5. It was a reversal on Tuesday, when the Brewers blew a 6-2 lead in the 7th and Adam Frazier hit a 2-run HR in the 8th to win it 8-6. But the series was lost Wednesday when Brandon Woodruff absolutely dominated for the Brew Crew, and the Pirates could only muster one measly hit to lose 3-0.
SPIN: So, through the first 6 games they are 2-4. They've already let a couple games slip through their fingers due to a bullpen that's about as unreliable as it gets. On a brighter note, Nick Burdi has been fantastic in his two outings so far and looks to have the makeup of a future closer. Or at least should be this team's closer until Keone Kela returns. Some other early takeaways for me:

-Joe Musgrove is good, not great. And may always be that way. That's not really a knock against him, but he will continue to get beat if he goes against other team's aces all year. He just doesn't seem like a #1 starter.

-The Steven Brault-Chad Kuhl piggyback worked well on Monday. They might have stumbled upon something there.

-These first few games felt like a tryout, in many ways. The lineups were never close to the same day to day. Guys went in and out, up and down through the order and it felt like Derek Shelton was just seeing who he had and how they would play. That might be a microcosm for the season as a whole. It's all about evaluation. What do you have? Where can they play? How can you fit them in? I'm not sure they have a true, "go-to" lineup so maybe that the shuffling continues throughout the year. ​