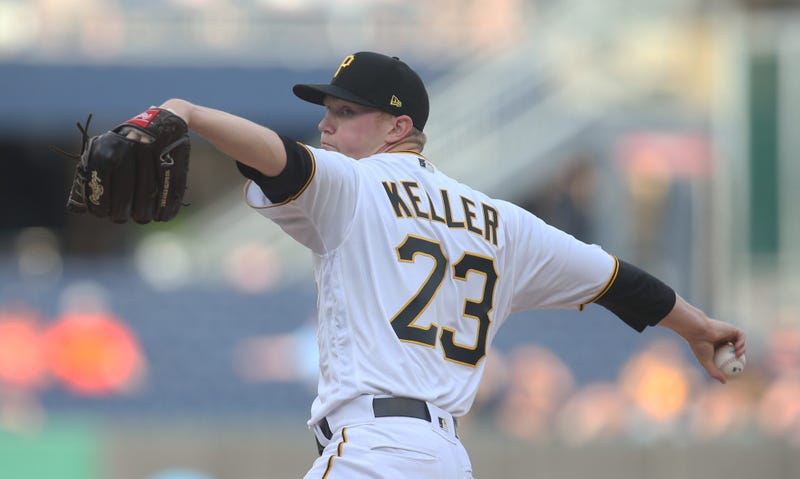 PITTSBURGH (93.7 The Fan)- The MLB trade deadline came and went with only outfielder Corey Dickerson and pitcher Jordan Lyles leaving the Pirates clubhouse despite rumors and expectations for more.

MLB.com Pirates writer Adam Berry joined The Fan Morning Show Thursday to explain why the deadline was so quiet on the Bucco front, starting with two vets who were expected to go in Francisco Liriano and Melky Cabrera.

"I think you would have moved on from them right now if anyone had been interested in them. Neal (Huntington), probably out of respect for Melky and Francisco Liriano who have earned that respect, went to the whole veteran presence argument. They traded Corey Dickerson for international slot money and a player to be named later, if you think they're concerned about veteran presence right now you're probably not paying attention to what they're doing," said Berry with a chuckle.

Then, there was the Felipe Vazquez deal with the Dodgers that was never made. Adam explains what happened there.

"It wasn't Gavin Lux, it wasn't Dustin May, who apparently is going to make his Major League debut in the next couple days. Any deal probably would have started with Keibert Ruiz and gone from there. It probably wouldn't have been that franchise-altering deal that you expect when you're making Felipe Vazquez available. It would have been a possibly perfectly ok deal, but it would not have blown anyone away. I don't think it would have reset the franchise by any means."

Toward the end of the interview, the guys circled back to May possibly making his debut with the Dodgers this week and asked Adam if the Pirates should be taking cues from teams like the Dodgers in how they develop their players.

"I just read a story yesterday about Shane Baz in the Rays system (part of the package dealt to Tampa Bay for Chris Archer) and how they basically told him to go be himself and 'here's your spin rate, this is what you're good at, go focus on what you're good at.' There's a lot of player development lessons for the Pirates to learn right now that it doesn't seem like they've learned within the last couple of years.

Take these guys that are good, these young, high-end talents and just go let them play. Free them up. Let them do what they do best. The Pirates haven't done that. It's Gerrit Cole trying to throw down in the zone, Tyler Glasnow worrying about a change-up. It's Austin Meadows worrying about what 10 bad games in the big leagues means for him.

Where the Dodgers are like, 'Hey, we have Corey Seager. We have Cody Bellinger. We have Walker Buehler. Look at what these guys can do.' And they've been highly successful. It's not that the Pirates don't draft that talent, it seems like the issue has been development coming through the system.

I don't know if it's a mental block or whatever it is that this gap between AAA and the Majors seems to be exaggerated with the way that they're developing these guys. Take the breaks off, let them go. Mitch Keller is a good pitcher, we know he has good stuff, we've seen it in the Majors even after he struggles.

Let them play. Let Cole Tucker figure it out. Let Ke'Bryan Hayes figure it out. At some point there needs to be a trust in the talent as opposed to whatever the system is because they're not producing enough high-impact talent where it seems like the Dodgers clearly are. Whether it's taking a page from them or whether it's just pumping the brakes a little and just letting these guys figure it out on their own, I think there are some changes in order."

Adam does believe Neal Huntington will still be that head man charged to make those changes and that they might re-evaluate the way in which they are developing players over the offseason.

You can listen to the entire interview with MLB.com Pirates writer Adam Berry on The Fan Morning Show below.
___Follow 93.7 The Fan: Facebook | Twitter | InstagramListen to 93.7 The Fan on the Radio.com App - Download Now