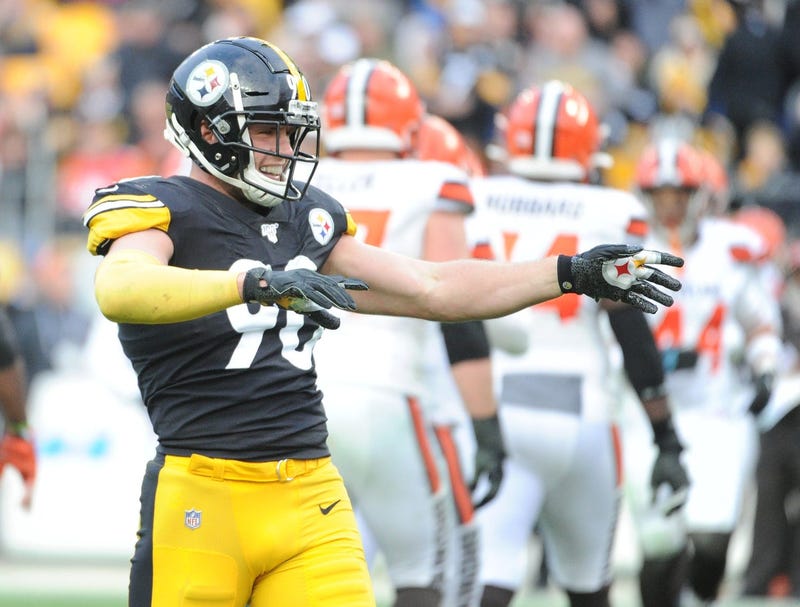 PITTSBURGH (93.7 The Fan) - Steelers linebacker T.J. Watt has been named the AFC Defensive Players of the Month for November.

Watt had six and a half sacks, 16 tackles, nine quarterback hits and he forced two fumbles.

Watt recorded one sack during Sunday’s victory against the Browns, the 9th straight game for him with a sack.

Defensive Captain Cam Heyward says Wednesday that “he better get defensive player of the year.”

T.J. Watt has been named the AFC Defensive Player of the Month for November.MORE: https://t.co/SITexmXm7hRetweet to send @_TJWatt to the Pro Bowl! #ProBowlVote pic.twitter.com/2y5Gd7AK4u

While Watt is a key piece of the rolling Steelers defense, he says it doesn’t matter who is making the play as long as the job gets done.

“We’re just so happy to see guys making plays,” said Watt after Sunday’s victory. “It doesn’t matter who’s making the plays as long as someone is and guys are stepping up at the right times and like I said we’re doing this stuff in practice so it’s not very surprising to us.”