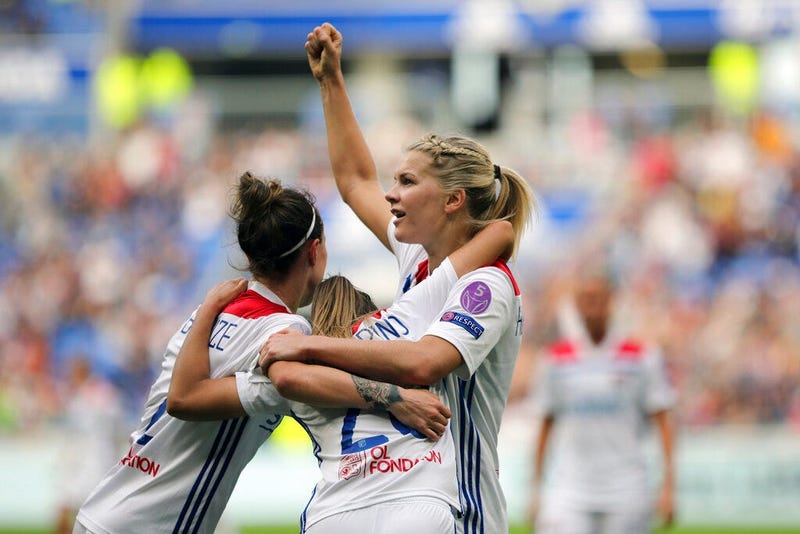 BUDAPEST, Hungary (AP) — With the World Cup looming and women's soccer gaining ground around Europe, UEFA launched a new five-year plan for the sport on Friday.

The strategy document, Time for Action , sets out how the European soccer body aims to double the number of women and girls playing the game, and to change perceptions.

"Every girl (should) feel like it's the most normal thing in the world to play football," UEFA's head of women's soccer, Nadine Kessler, told The Associated Press, "whether just for fun or because she wants to win the World Cup."

There is a strong base to build on, three weeks before the United States tries to defend its title at the World Cup in France.

Record attendances in Spain and Italy were set in March to watch women's club games, and UEFA has signed its first sponsor dedicated to women's soccer.

"It's important for respect and long-term security," said Kessler, describing Visa's deal through 2025 as the kind of commercial partner "you would only wish for."

Still, some respect has to be hard-earned — even in Paris.

The world's best player, Norway forward Ada Hegerberg, was disrespected at the Ballon d'Or award ceremony in December by a French DJ who asked her to twerk on stage.

Hegerberg, who plays for Lyon, received worldwide praise for her dignified refusal while the DJ's behavior was condemned .

"In the long-term perspective, it created attention for the women's game and maybe sent a strong message across," said Kessler, who was voted FIFA's player of the year in 2014 while playing for Germany.

Additionally, Kessler's former national team made an interesting social media video to promote its World Cup campaign, using humor, powerful images and a challenge to fans: "We play for a nation that doesn't even know our names."

Before the 2011 World Cup, five German players took part in an unofficial photo shoot for Playboy.

UEFA is looking to permanently change perceptions of women's soccer, believing it should be "strong, inclusive, fun and inspirational."

The strategy, launched ahead of Saturday's women's Champions League final between Lyon and Barcelona, wants UEFA's 55 member federations to have 2.5 million registered female players by 2024.

"I am convinced we have many more girls (playing) than we believe," said Kessler, who played in boys' teams until she was 16, often as the only girl. "You have to find solutions and sometimes be more clever than them."

Now, at 31, she is a senior UEFA executive with a master's degree, having quit playing four years ago following multiple knee surgeries after playing "way too many games when I was young."

There is more professionalism now, including a better structured calendar of international games and tournaments.

A key target in UEFA's strategy is improving player standards and for national federations to propose standard agreements that national team players want to sign.

Hederberg will not be at the World Cup because she stopped playing for Norway's 12th-ranked national team two years ago citing a lack of respect. She will be 27 when the 2023 World Cup kicks off, and her stance has drawn attention to the issue.

Another target is increasing the representation and influence of women in European soccer bodies. Only one woman, Florence Hardouin of France, is on the 20-member UEFA executive committee , and she got that seat as a protected quota place.

There are, however, female CEOs in European federations, including former Boston College player Laura Georges in France and Anne Rei in Estonia. They will oversee 50% increases in funding for women's soccer through UEFA's Hat-Trick development program.

"Nobody should be forced to set up a women's team," Kessler said, but "it's happening anyway, naturally."