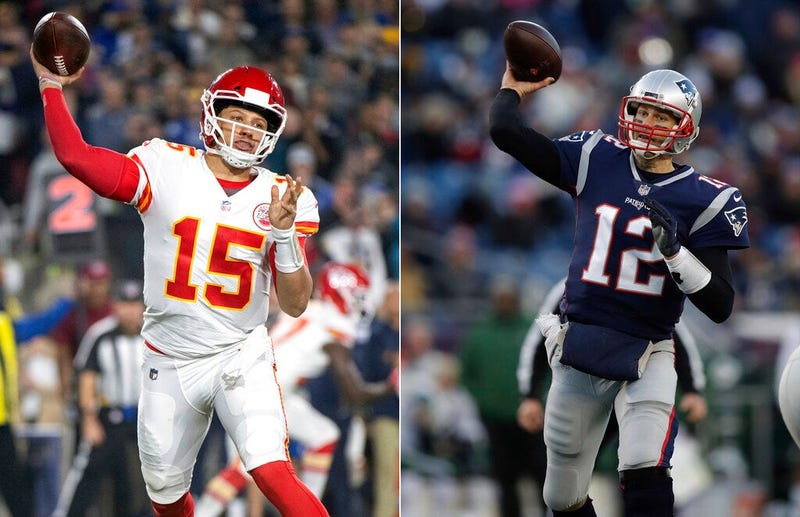 FOXBOROUGH, Mass. (AP) — It may have been hard to hear him over the noise of the New England fans celebrating an eighth straight trip to the AFC title game, but Tom Brady is feeling disrespected.

That's right: The three-time NFL MVP and five-time Super Bowl champion told a national TV audience after demolishing the Los Angeles Chargers in the playoffs, "I know everyone thinks we suck and can't win any games.

"We'll see," Brady said with a roguish look in his eyes. "Could be fun."

There hasn't been an NFL run like the Patriots' — at least in the Super Bowl era — with Brady and coach Bill Belichick leading the franchise to 10 straight AFC East titles and 15 in 16 years, resulting in eight trips to the Super Bowl and five NFL crowns.

"You're talking about a dynasty," Chiefs coach Andy Reid said. "If there is such a thing in the National Football League, they've been that."

And yet as they prepare to travel to Kansas City to take on the Chiefs (13-4) in Sunday's AFC championship game, Brady is right about one thing: The Patriots (12-5) are a 3-point underdog, and that's an unusual position for them.

"We're going against a team that's the No. 1 seed in the league," Brady said after the team's final practice on Friday. "I'm sure there's a lot of people that are thinking they're going to win. Everyone can have their own opinion. We certainly have an opinion, and we've got to go out there and execute our best in order to accomplish that."

Players have long found their motivation wherever they can, whether it's the oddsmakers or experts or comments from the opposing team that go up on the locker room for all to see. Heading into the NFC title game, some banter about gumbo has turned into a rallying cry for the Los Angeles Rams.

The Chiefs have been careful not to help out with any bulletin board material.

"I don't think they suck," tight end Travis Kelce said. "I can tell you that."

But rustling up slights to motivate themselves is just another thing they've mastered.

Responding to the public perception — or at least that of the oddsmakers — receiver Julian Edelman tweeted a Chiefs hype video lauding quarterback Patrick Mahomes as the best player in the league. Edelman made no secret what he thought of that, adding a hashtag: "#BetAgainstUs"; he is also selling T-shirts with the slogan squeezed into the shape of the Patriots logo.

Special teams star Matthew Slater said he wasn't motivated as much by being an underdog in this game as other times he was doubted in his life.

"I'm not supposed to be playing in this league anyways," he said, "so we've got plenty of motivation."

Defensive back Jason McCourty was a sixth-round draft pick — just like Brady.

"You've just always had that chip on your shoulder, and no matter what you go through in life, especially with football, there's just always someone or something," McCourty said.

"I think that type of mindset, no matter if you're 16-0, you're rolling through the playoffs, no matter what the situation is, there's always going to be somebody that's doubting you or saying something about you. I think for certain guys individually, it may be something that kind of gives you that extra kick."