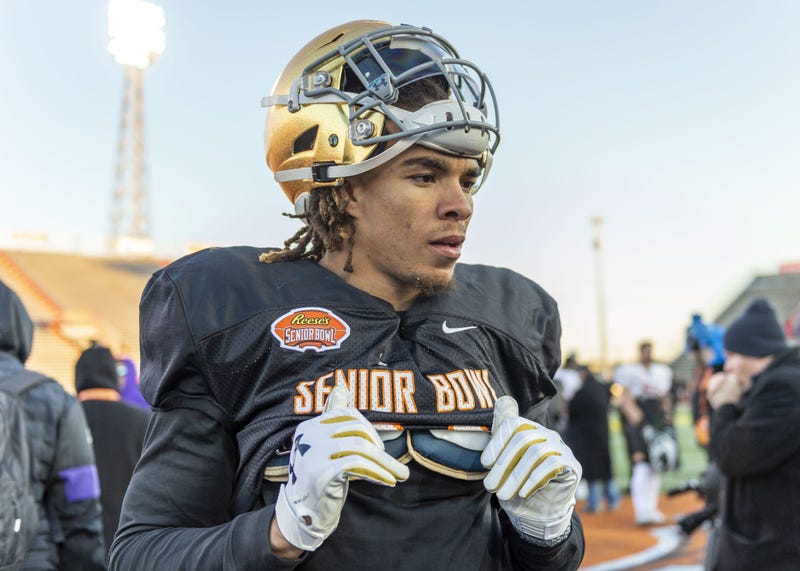 Pittsburgh (93.7 The Fan) - Second-round draft pick receiver Chase Claypool spent his first day of Steelers rookie minicamp more than 2000 miles away from Pittsburgh.  From his home in western Canada, Claypool's classroom work came through video conferencing with the coaches.

"I want to get a good grasp on the playbook after this is said and done," Claypool said Friday afternoon.  "Obviously, you can't get the whole playbook in a few days, but just a good grasp on the concepts and terminology.  Those basic things are what I learned today and then we're going to progress as days go on."

In the two weeks since he was drafted, Claypool has taken what's on paper and tried to apply it on the football field.

"The last couple Fridays we've been going on the field and walking through some of the things I've picked up on."

"He seems like he really knows what he's talking about.  Obviously,  he's been around the game a long time, so he's able to teach you things and make them easy to learn.  He says it in his own words."

Ben Roethlisberger and a few other players are also trying to help with the learning process.

"Ben texted me in a group chat, telling me to take it day by day.  Juju (Smith-Schuster) reached out.  Ryan Switzer reached out to me.  Eric Ebron did.  Those guys said if I need anything just ask, so I'll be sure to do that if something comes up."

At Notre Dame, Claypool was no stranger to nationally-televised and prime time games, and that's something he immediately noticed when the Steelers schedule was announced on Thursday.

"We have some pretty good prime time games set up," Claypool said.  "I think the first game in New York is pretty cool to be a part of Monday Night Football.  On Thanksgiving Day we have the prime time matchup with the Ravens.  That will be fun."