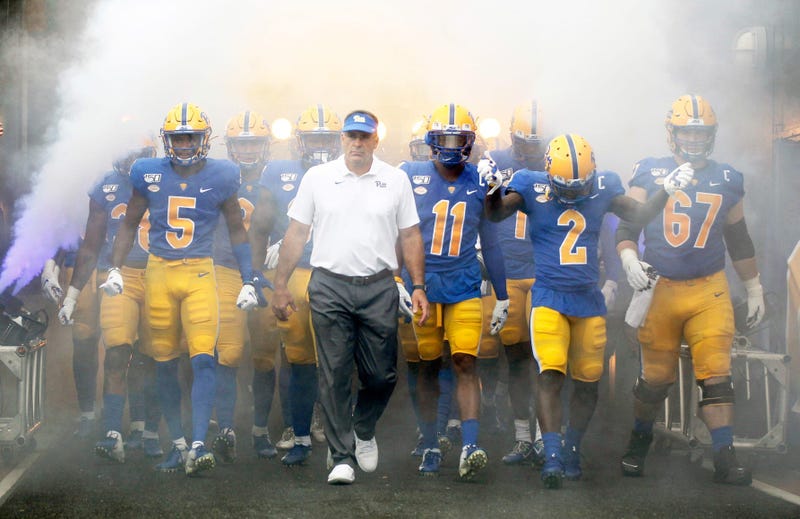 Dayon Hayes, a defensive end from Westinghouse High School in Pittsburgh’s City League, was the top commit according to most recruiting services.

Hayes, a four-star recruit, is arguably the top prospect from the City League in over 20 years, ranked as high as the third-best high schooler in the state of Pennsylvania in this class.

“I think he’s going to be a hometown hero,” Narduzzi said. “He’s special. You can watch the tape on Dayon, but maybe it doesn’t do justice.”

In his last two season, Hayes registered an astonishing 49.5 sacks, helping Westinghouse to its first City League title in 23 years this season. He had offers from Penn State, Ohio State, West Virginia and Texas A&M, among many others.

“We wanted to get that guy,” Narduzzi said. “Not only because of his athletic ability, but because of his character, his ability to communicate. There’s just so many great things about Dayon that you like.”

Hayes, according to Narduzzi, regularly sends him ‘goodnight’ and ‘good morning’ texts, and stops in to watch film with the defensive coaches, when allowed, after school.

Pitt also welcomed 15 other signees during the early signing period, which last three days. One more recruit, four-star wide receiver Jordan Addison, announced that he will sign tomorrow and is expected to keep his verbal commitment to Pitt. According to 247Sports, Addison would become Pitt’s top signee.

“Of the 16, we got kids from ten different states, which is amazing how far we spread to find this class,” Narduzzi said. “There are really seven from our back yard (Pennsylvania, New Jersey, Ohio, Maryland, Washington, D.C. and New York).”

Here is Pitt’s signing class as of Wednesday:

Hear all of Pat Narduzzi’s press conference below.