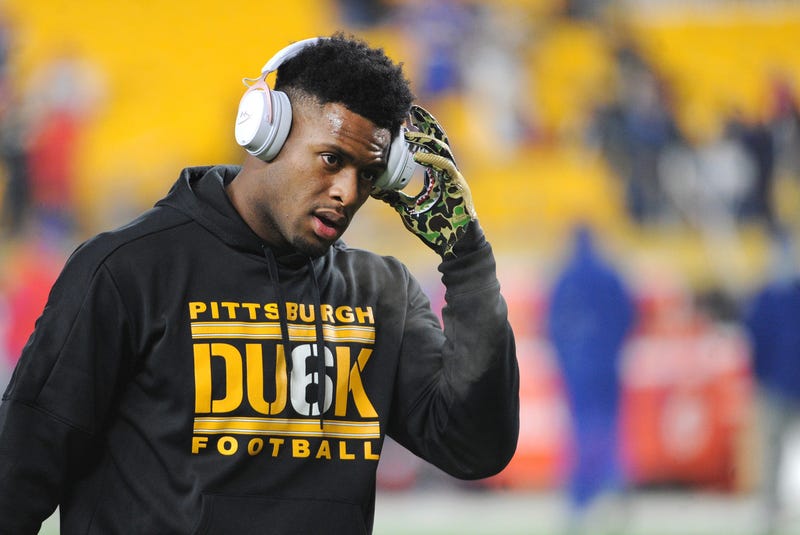 PITTSBURGH (93.7 The Fan)- Another weekend without live sports has us talking more about the Steelers offseason and this time, beyond just the 2020 season.

The Steelers will have some decisions to make about some very key members of the roster. There are notable contracts due up and there may not be enough money to go around. So, who stay and who goes?

That's where we bring in our 93.7 The Fan Steelers insider Ed Bouchette. Ed joined The Fan Morning Show Monday to talk about some Steelers futures, first with JuJu Smith-Schuster whose rookie deal is up after this upcoming season.

"I don't see the franchise [tag] because it's too big a number. They've only paid those big numbers to two receivers in this century, it was Hines Ward and Antonio Brown. They did offer Mike Wallace a contract, he rejected it and that's when they turned to Antonio Brown.

I think you might see the Mike Wallace situation (with Smith-Schuster). Where they offer him a contract, and they offered Mike a good contract, it wasn't like they low-balled him. But he wanted more and he got more. I can see that happening here, too. They're not going to break the bank for JuJu Smith-Schuster, they're just not.

Mediocre season? Maybe that might be his best chance at coming back. If JuJu has, what, a 50 catch season for 800 yards, that might be the best scenario for him to stay but I just don't see it playing out that way."

When asked if Ben Roethlisberger would lobby for JuJu to stay if he had a bounce back season, Ed thinks that he would offer his opinion but said that Ben "doesn't make demands" like some people think he does.

Do the Steelers come to any kind of long term deal with James Conner?

"I don't think so, either. I put him in the same category. There's a chance they could offer JuJu an extension right now, maybe try and get him at a bargain price because he did have two good years here and then he was hurt last year.

With James, I don't see them doing that. I don't see them offering him anything. So what do you do? Let's say he has a great season. Is he going to stay? Is somebody else going to offer him? Now, running backs are different, he may not be able to get as much money on the open market because of his injury history even if he goes through this season without injury. I guess he could come back under those circumstances because of the free agent market for running backs. Running backs just get used up too quickly."

Al Villanueva is also on an expiring contract...what's his Steelers future?

"They like Al. Al likes it here. If he goes out and plays lights out, I could see them trying to keep him. I really could. Left tackles are hard to find.

He's the oldest in that line. Not that you can't play that position, and he didn't play football for four years so he's not 'used up.' You try to look ahead here and left tackles are also expensive. If they can find another, if they can develop someone...Chuks (Okorafor), I don't know that (Matt) Feiler can play left tackle I think Zach Banner could. But if they can't, again, you're going to face the Bud Dupree situation and they may be forced to just give him what he wants or franchise tag him."

You can hear the entire interview with Steelers insider Ed Bouchette on The Fan Morning Show, including what he sees for Bud Dupree, below.
___Follow 93.7 The Fan: Facebook | Twitter | InstagramListen to 93.7 The Fan on the Radio.com App - Download Now