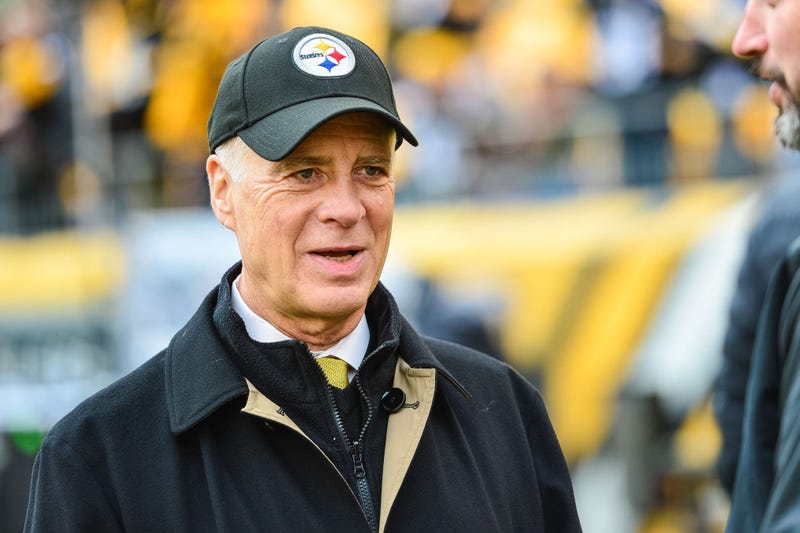 You won't find a person with more of an affinity for the Rooney family than me.

Who they are, what they stand for, how much they continually do for various charities, how they built a fortune and brand in Pittsburgh --- I wish I could live my life and accomplish even a quarter of what many of the Rooneys have. And, you know what, it doesn't hurt that (like me) they are deeply proud of being Irish-American in Pittsburgh and all that comes with such a responsibility.

Art Rooney II, like his father and his grandfather, is a great man. There is no two ways about it. Certainly that's opinion, but I would vociferously challenge anyone who didn't share such a notion.

It's time, however, for Art Rooney II to speak up. And speak up in a big way. I don't want window-dressing either.

Art, listen my man, I want some answers.

Also, telling Joey Porter to hit the bricks isn't going to be enough of a statement. Either there needs to be deeper changes to a football staff that just facilitated one of the most disappointing seasons in the 42 years I have been alive or you need to come out and tell us why there will not be. It has to be one or the other. But you can't continue to be invisible. Pittsburgh --- as it deals with the sudden end to the football season for the home team --- is looking for a voice from on high to tell us what's going on.

A press conference would be OK.

An issued statement would do.

Heck, even one of those house organ interviews with Steelers.com would be sufficient right now.

But something needs to be said and Pittsburghers (or at least this Pittsburgher) is looking for a Rooney to clue us in. You see, I'm of the opinion the Steelers are more a civic entity than anything else. Certainly they are a private company by official definition, but for as much as the Rooney family has been loyal to Pittsburgh and its inhabitants, the people here in this town have permitted the bank accounts of the owners to get fatter than fat. The people in this town --- and all across Steeler Nation, really --- have stood by this franchise like few (or any?) others in the National Football League while there have been ups, downs, good times, player transgressions, Super Bowl runs, disappointing seasons and every other factor in a football franchise you can imagine. Steelers fans have also put their money where their mouth is. First they helped with their tax dollars to build Heinz Field and with its continued maintenance and black-and-gold fans have proven to spend. Again and again and again and then some.

Fans will spend on anything with the Steelers logo on it: Jerseys, hats, footballs, figurines, bikini tops, can coozies, coffee mugs, jackets, bags, jackets for their dogs, jerseys for their cats, figurines of their dog wearing a Steelers jersey and hat. And so on. I'm convinced if Alcosan bottled up human waste and emblazoned the Steelers logo on it, people would line up to buy it.

In short, the Steelers are the strongest brand in this city. I don't even know if there is a close second. The Steelers also bind us together. They force us to gather, to rally and --- in a way --- live and die with them.

What went on this past season was unacceptable. Or at least I'm guessing as much; logic would say the playoff-missing record coupled with a star player quitting on the team would constitute unacceptable.

But I don't know for sure. I'd like some validation and verification. I'd like the lay of the current Steelers land.

I'd like Art Rooney II to fill us all in right now.