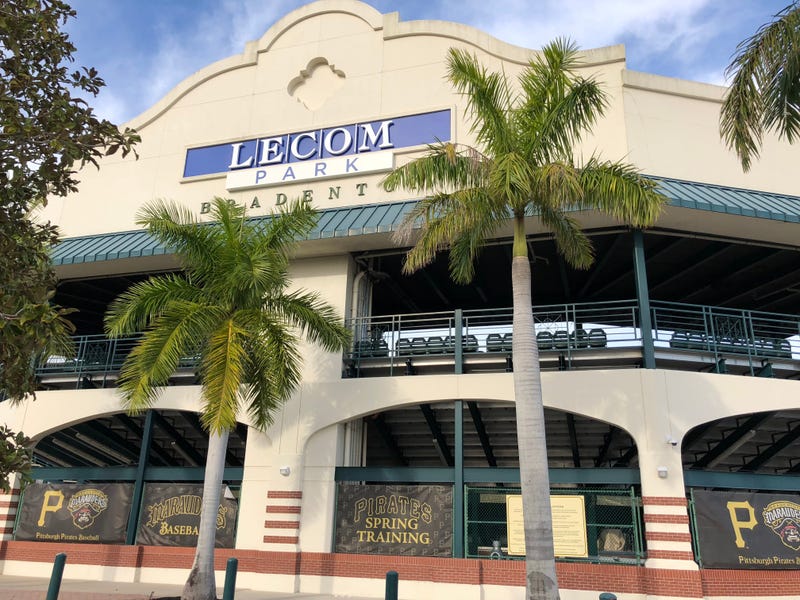 Pittsburgh (93.7 The Fan) - If there's going to be Major League Baseball in 2020, most anything we've come to know is going to be tossed aside like a ball in the dirt.

The week began with a proposal for all 30 MLB teams to be quarantined in Arizona and the season played at various ballparks in the Phoenix area.  Now, another--perhaps even more radical--idea is under consideration that would make the Pirates and Yankees division rivals for the season.

This proposal, first reported by USA Today's Bob Nightengale, would do away with the National and American Leagues for 2020 and replace them with the Florida-based Grapefruit League and Arizona-based Cactus League.  Teams would play out of their spring training homes, which would allow for 15 teams in each league.

The Pirates, with their spring home in Bradenton, reportedly would play out of the Grapefruit League North along with the Yankees, Phillies, Blue Jays and Tigers.  The Yankees train in Tampa, the Phillies in Clearwater, the Blue Jays in Dunedin and the Tigers in Lakeland.  Pirates home games would be at Lecom Park.

The Grapefruit League South would be made up of the Red Sox, Braves, Rays, Orioles and Twins.  The East Division would consist of the Cardinals, Nationals, Mets, Marlins and Astros.

There are two major league stadiums in Florida.  Tropicana Field in St. Petersburg is home to the Rays and Marlins Park is in Miami.