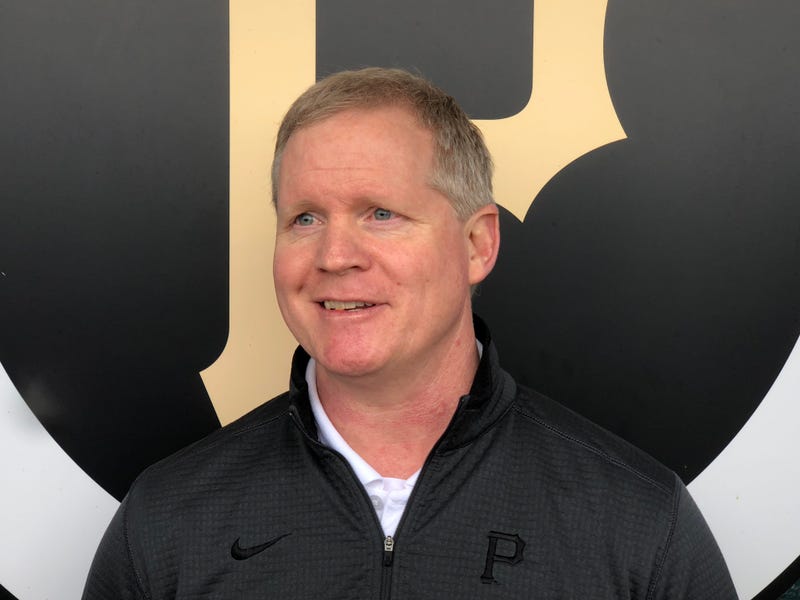 "If there's a way to get better that makes sense for us we'll certainly explore that," Huntington said.  "At the same time, we like this group and are excited about these young players taking steps forward.  We like the players that we brought in to plug some of the gaps that we felt were present and would feel very comfortable with this group being the next group that exceeds external expectations and meets internal expectations and goes out and has a great year."

If Huntington were to go shopping, is there a specific position?

"I think externally shortstop, internally we like our guys," Huntington said.  "We like Kevin Newman and Erik Gonzalez.  They're different types of players, but we feel both can do what we would've been able to get via the free agent market.  With Gonzalez it's the athletic defender with some bat.  Newman is solid and steady on both sides of the ball."

Huntington doesn't hold against Newman his 31-game audition when he batted .209.

"He's a different guy this spring than we saw last September," Huntington said.  "It was the first time playing that long into a season.  He was down a lot of weight and a lot of strength.  I'm looking forward to seeing Kevin Newman, the top 100 prospect and former first round pick go out and compete for a job."

Gonzalez was acquired from Cleveland, where he was stuck behind Francisco Lindor.

Huntington believes his most recent signings--Cabrera and Liriano--have bolstered the Pirates roster.

"Both guys are still quality major league players," Huntington said.  "Liriano with the ability to get out lefthanded hitters the first time through the order plus the veteran presence he brings to our staff and potentially to the bullpen.  Melky's a switch hitter that's still effective vs both left and right.  We have a need for some veteran presence on the position player group, as well.  He's a guy that still hit at the major league level.  Both have a legitimate opportunity to make our club."

Should Huntington deem it necessary to make a move, the timing won't be unprecedented.  Twice in recent years during spring training, he acquired key contributors.  A year ago it was trading for Corey Dickerson.  In 2016 it was signing David Freese.