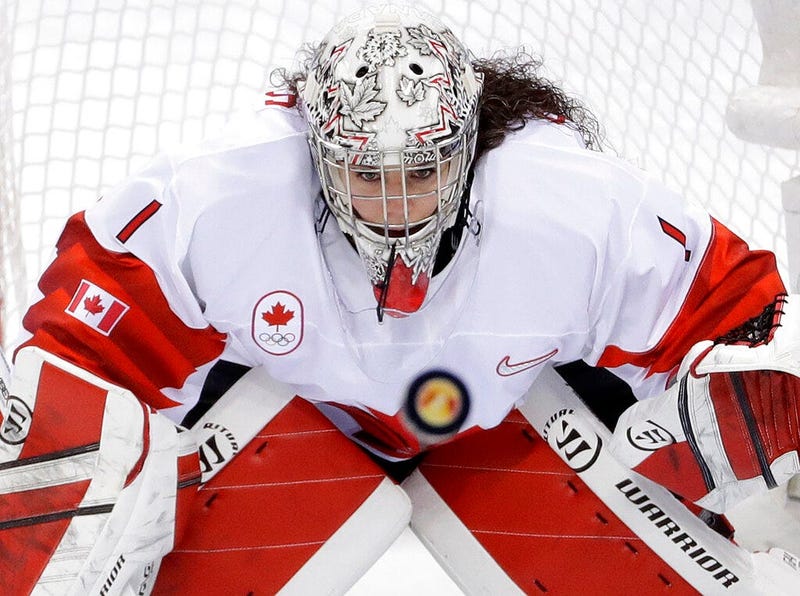 Meghan Duggan need only look around sports to get excited about what an NHL-run women's hockey league might look like.

The NBA did it with the WNBA. Soccer leagues in Europe and the U.S. have done it. And that was enough for the 2018 U.S. Olympic gold-medal winning captain and more than 200 fellow players to take a leap of faith by pledging not to play in North America this year to try to get to the point where there's a single, economically viable professional league.

"History has told all of us that startup women's professional leagues thrive and are very successful when working with an existing professional league," Duggan told The Associated Press on Thursday. "That's definitely something I think that we would be excited about. But this is just the first step in getting there."

The effective boycott of North America's only remaining women's hockey league, the National Women's Hockey League, sent shockwaves through the sport with a major equipment company advocating for NHL ownership and men's players and agents voicing their support.

"I think they have a better chance of succeeding than some of the men's unions have," said Matt DelDuca, a labor and employment attorney with Pepper Hamilton. "Strikes have not been very effective in professional sports for players because it's hard to maintain them long term. Women's professional sports are a little different because of the economics. I think there is a tremendous opportunity for them."

It's an opportunity equipment giant Bauer Hockey wants to be a part of. Vice president of marketing Mary-Kay Messier released a statement saying the National Hockey League "must be in an ownership position" for any women's league.

"I really do believe and we at Bauer believe that that is the only sustainable, viable option for ownership," Messier said in a phone interview. "It will really take a long-term view and the possibility of looking at this from a perspective of not the bottom line immediately but as a necessary step to ensure the future of the game through continued growth and participation inspiring those (future) generations."

The NHL has given $50,000 annually each to the NWHL and the now-defunct Canadian Women's Hockey League that recently ceased operations. It has invited a handful of top players to participate in its All-Star skills competition. When Brianna Decker demonstrated the passing drill and finished with a better time than the winner, CCM Hockey said it would pay her the $25,000 she would've gotten as the prize.

University at Buffalo sports law professor Nellie Drew said her children follow the NHL and NWHL and love the game. She wonders what happens next.

"The question is going to be whether the economic demand will be there to drive this," Drew said. "Right now in 2019, do the women's hockey players have the economic leverage to make an effective stand on this position? Maybe not. But do they have the capacity to drive public sentiment strongly enough that it will make the (NHL) consider it? Yeah, I think they do."

NHL Deputy Commissioner Bill Daly told The AP, "We will further explore the situation privately before taking any affirmative position on next steps."

The U.S. women's national team in 2017 threatened to skip the world championships in Michigan and wound up getting an improved benefits package from USA Hockey. Those players will now make $3,000-$4,000 a month with the ability to earn about $71,000 annually. They can make up to $129,000 in Olympic years with contributions from the U.S. Olympic Committee. It was a big boost for a group of women who were getting $1,000 a month for six months around the Olympics.

That situation is much different from trying to establish a league from scratch, with questions ranging from the business model to potential locations, sponsors and investors, player benefits and more. The NWHL said it was going ahead with next season and was offering improved salaries and a revenue-sharing deal with players, who nonetheless made their decision to sit out.

Skipping a season is a question female soccer players have faced many times as a labor tactic and it's a difficult issue, said Megan Rapinoe, named to her third U.S. roster for the upcoming Women's World Cup. The captain of Reign FC in the NWSL expressed support for her fellow female athletes.

"It's sort of a last-resort tactic that is just the labor side of things (athletes are) sometimes forced to take," Rapinoe said Friday. "And I think you never want to, but I think you always have to be willing to if it gets to that point."

Numerous players have urged both nations' governing bodies —USA Hockey and Hockey Canada— to become involved in helping set up the framework for a professional league. Critics have questioned why USA Hockey hasn't done more on the women's side, particularly when it provides support to the USHL, America's top junior hockey league for males 20 and younger.

"While we're certainly an interested party in the happenings on the professional side of the game, our priority is on continuing to grow the game at the grassroots level and enhancing and supporting our national team program," USA Hockey executive director Pat Kelleher said in a prepared statement.

Hockey Canada drew criticism for failing to respond to the CWHL's last-minute plea for assistance just before the league announced in March it would shut down. The organization has not responded to a request for comment this week.

No one believes a long-term league will materialize overnight, but U.S. Olympic game-winning goal-scorer Jocelyne Lamoureux-Davidson said she was optimistic based on the NHL's position and the power of so many players.

"We feel confident that we potentially have a gap year now and players are prepared to sit out an entire season of professional hockey, which isn't good for any one individual player," Lamoureux-Davidson said. "But hopefully that will be the maximum that anyone would have to sit out."

As word of the women's decision spread, NHL players said they were excited even if they're not sure how a league run by the NHL might work.

"They're the best in the world at what they do. They should be compensated accordingly," Colorado defenseman Ian Cole said. "I'm not sure how that would be structured. I'm not the chief financial officer of the NHL. I don't know what the figures would look like. I don't know if it's economically feasible. I'm not sure how they would do it. Would we like to see that? Yeah, absolutely."