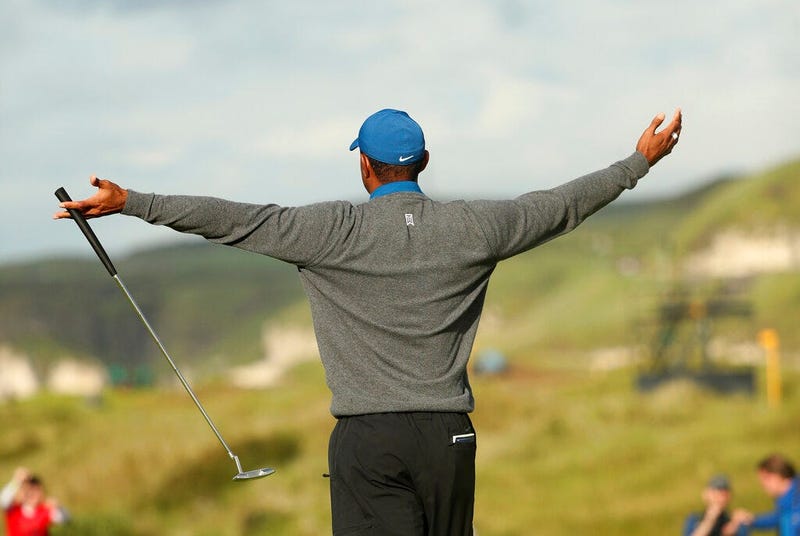 PORTRUSH, Northern Ireland (AP) — Tiger Woods puffed out his cheeks and looked glum after bogeying the last hole for a 7-over 78, his worst opening round at a British Open.

His highest first-round score at golf's oldest major before this year was 76 at St. Andrews in 2015.

Woods' rough patch at Royal Portrush came around the turn, when he made five bogeys in six holes. His only birdie came at the par-4 15th hole — and he reacted by spreading out his arms and licking his finger.

With Rory McIlroy shooting 79, two of the biggest names in golf are struggling to make the weekend.

Shane Lowry has finally been overtaken. J.B. Holmes is the new leader of the British Open.

The American birdied the last hole at Royal Portrush for a 5-under 66, leaving him a stroke clear of Lowry.

Holmes' only bogey of the day came at the par-4 first hole.

Jon Rahm missed a 3-foot par putt at No. 15 to drop out of the lead. It was his second bogey of the back nine, having made five birdies to go out in 31.