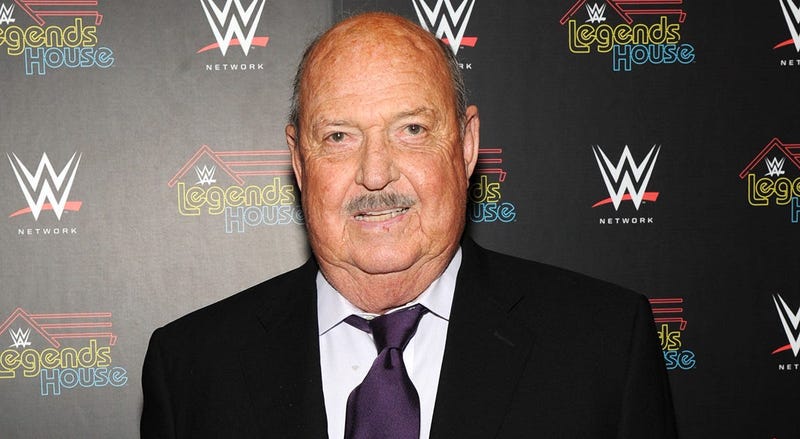 One of the most recognizable voices and interviewers in professional wrestling history has died. World Wrestling Entertainment has confirmed Gene Okerlund, better known as “Mean” Gene has passed away at the age of 76.

Okerlund got his start in broadcasting working as a radio DJ in Nebraska before he began working with the AWA (American Wrestling Association) in the 1970s.

Okerlund moved to the then WWF in the mid-80s during Hulk Hogan’s rise to superstardom. Okerlund and Hogan had some of the most memorable interviews in WWE history.

While conducting backstage interviews with larger-than-life personalities like “Macho Man” Randy Savage and Ultimate Warrior, Okerlund took the interviews seriously keeping a straight face adding a level of credibility to the wrestling industry.

The “Mean” Gene nickname is credited to wrestler and former governor of Minnesota Jesse “The Body” Ventura.

It is unknown how Okerlund died but he had a history of kidney issues, having had two transplants in the past.

Okerlund was inducted into WWE’s Hall of Fame in 2006.