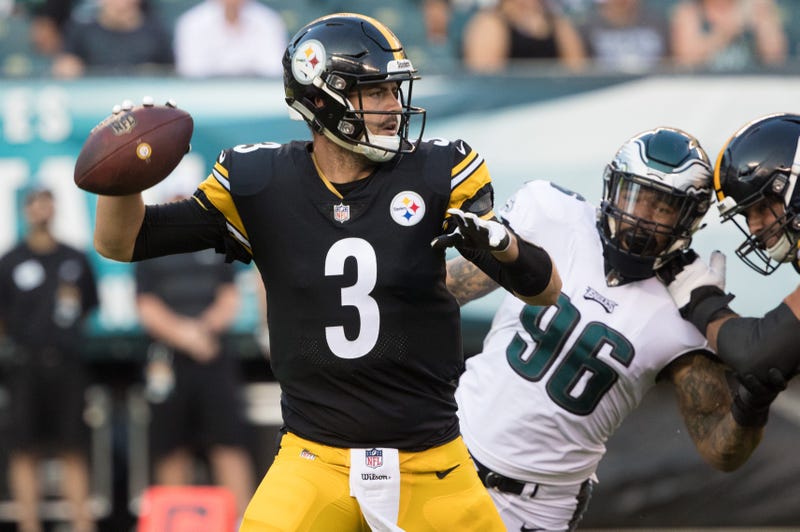 TAMPA (93.7 The Fan) - According to XFL Commissioner Oliver Luck, the Steelers tried to sign Landry Jones after Ben Roethlisberger went down earlier in the season.

During a Q & A with the Tampa Bay Times, Luck said that once a player signs a contract with the XFL they are cannot leave for the NFL.

“We need certainty. We can’t just have guys peeling off,” said Luck.

“This happened to Landry Jones,” said Luck. “Ben Roethlisberger got hurt, and Landry had backed up Ben for years. First phone call was, ‘Can Landry come to the Steelers?’ Nope, sorry. He’s ours. We signed him.”

Jones is a member of the Dallas Renegades.

In addition to Jones, Lucky says the Steelers went after another quarterback signed to the XFL.

“It even happened with Phillip Walker, who’s now with the Houston Roughnecks. The same team, the Steelers, called and said, ‘We’d like to have Phillip for a week because we’re playing the Ravens and Phillip’s a little bit like Lamar Jackson. We’ll sign him to a one-week contract so we can get accustomed to that kind of quarterback.’ We said, Thanks for the compliment, but we’re not going to let him go.”

Luck says they don’t want to turn into a development league for the NFL.

The revamped XFL kicks off on Saturday February 8, 2020.