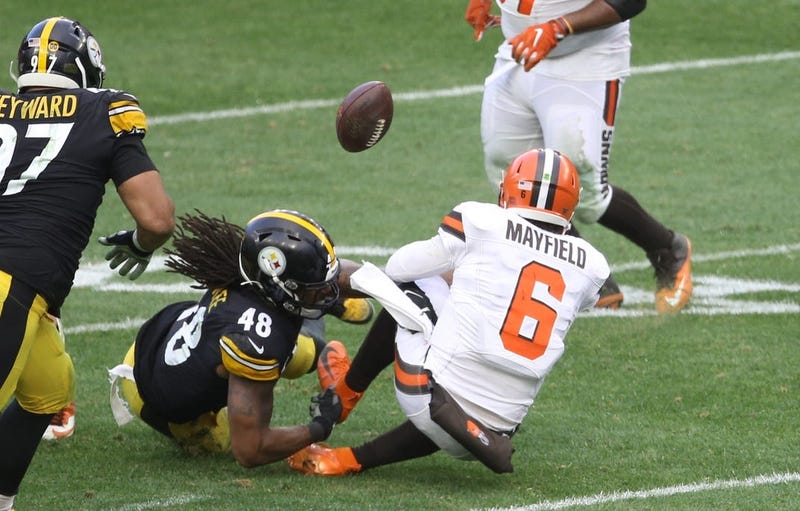 Mueller ate crow. And pledged to never hitch his ride to the Browns ever again. They were dead to him. I was proud of Chris. Our listeners were too. It shows in our ratings. They love him again.

The Browns do this to people. It's becoming old hat. Every off-season they make a flurry of moves. And football media falls for it.

Like FS1's Nick Wright. My old college buddy. But Nick has a Steelers blindspot. He doesn't like Big Ben. And he's obsessed with OBJ. He can't grade the teams objectively. It's one of his few shortcomings as a hugely popular and wildly talented national sports opinion maker.

Paul Zeise, I can't explain. Paul is a great man. But he flies off the handle. This week, he picked the Browns to be better than the Steelers. Why? Clicks. But Paul doesn't do that. He's never been known as someone to give a dishonest opinion just to stir up a debate.

Paul ridiculed Mueller.  He called Chris a bozo for believing in the Browns. So what gives? Did the ghost of Otto Graham visit Paul in the middle of the night? Cast him under a spell. Force Paul to spew ridiculous Browns propaganda? That's the simplest explanation to all of this.

The Browns are a disaster. They have another rookie head coach. Who won't have much time to install his system. Whatever that is. Baker probably won't like it. In which case, he'll be benched for Case Keenum. Someone that took new Browns coach Kevin Stefanski to the NFC title game in 2017.

The Browns blow. I take pity on those who fall for their coaching changes. And flashy free agent signings. Poor Paul. And the rest of the football media. The Browns will be bad. Just like always. The same as it ever was.