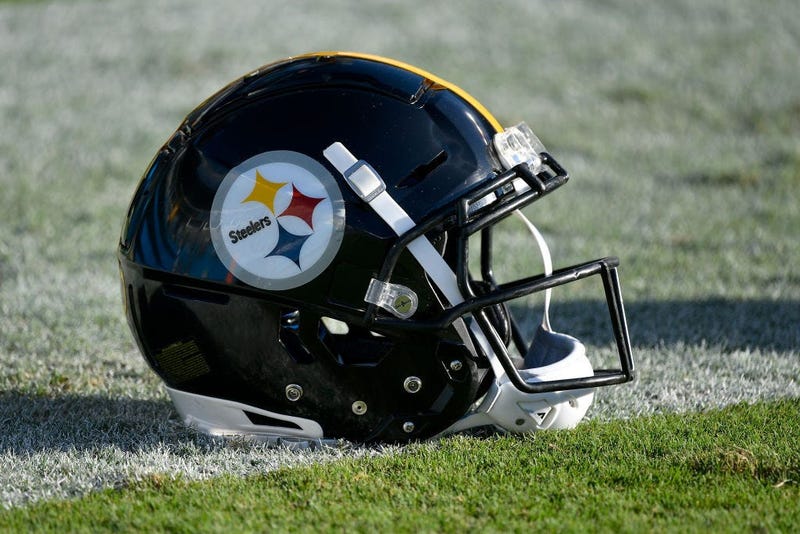 The Steelers schedule was released last night. That made me smile. Because it's a Steelers fan's dream. Full of beatable opponents. Spaced out nicely. They better win a ton of games. For Tomlin's sake.

I love making predictions. I've gotten very good at them over the years. I was very happy when Pennsylvania legalized sports betting. It's been quite profitable.

Our listeners are obsessed with my picks. They beg me to make them during Steelers season. They demand a comprehensive breakdown of each prediction. It's madness.

So today is Christmas in...(author checks the calendar)...May. I won't make you wait until the fall. Share these picks with your friends. If you want them to make $. Or hoard them for yourself. Be greedy! I don't care. It's a quarantine. Do you.

It's the right time to catch the team I grew up rooting for, led by Penn St star Saquon Barkley. Joe Judge will be making his head coaching debut. Good luck with that. Given our current state of affairs. No minicamp. Who knows about training camp. And the preseason. Last season, rookie head coaches were 1-4-1 in their debuts. That's been a trend for awhile. Bet against a coach calling the shots for the first time.

Thank the football Gods this game is at Heinz Field. I never trust a Tomlin coached team out West. Or the Rocky Mountains. I like this matchup: Drew Lock vs. the Steelers defense. Sure the 2nd year QB has more weapons. But most of them are rookies.

Most of the offseason has been spent dumping on former Penn St Head Coach Bill O'Brien. He's an OK NFL coach. And a terrible NFL GM. He gets swindled in every trade. But he has Deshaun Watson playing quarterback. That covers up a lot of warts. Steelers are good for one home loss a year where an opposing star QB comes to Heinz Field and delivers an MVP performance. Russell Wilson last year. Patrick Mahomes in 2018. I love Watson. Although he did get beat by Pitt. Remember that?

The Titans were 2019's Cinderella team. Got red hot in December. Rode that momentum to the AFC Championship game. They're a mirage. One hit wonder. This game will be a Steelers fan takeover. They will invade Nashville. Take over Broadway. Tootsie's. And Nissan Stadium.

There's always a game that gets the national football media to overreact to the Steelers. I'm talking about a win that gets twisted into a Super Bowl statement. Like beating a pretty good team at home somewhat convincingly. The Eagles have made the playoffs 3 straight years. They have a franchise QB. And a Super Bowl winning head coach.

The Myles Garrett revenge game. Heinz Field will be loud. It will be an intimidating atmosphere. That doesn't bode will for braggadocios Baker. I could see him getting benched after this game. Tomlin loves being able to sell emotion to his team. He thrives in those settings.

I never pick the Steelers to win in Baltimore. Last year, they couldn't beat RG III. And a lineup full of second-string scrubs. Watch JK Dobbins go off.

There's always a game that gets the national football media to overreact to the Cowboys. Dallas has that way with people. Big highs, big lows. 3-0 start last year. Super Bowl. Miss the playoffs. Fire Jason Garrett. The game will mean more to the Cowboys than the Steelers. Several offensive linemen will be needed to carry Mike McCarthy off the field. In a vacuous post-game celebration.

I'm not a Joe Burrow believer. In 2018, he was just another QB. Pedestrian numbers. He gets a new QB coach, and has the greatest season in college football history. Now he's Joe Montana, Aaron Rodgers, and Drew Brees. All rolled into one. I think he's more like Alex Smith. He'll have a decent career. But it won't show up in his 1st start against the Steelers defense.

The quintessential Mike Tomlin game. Steelers are in the mix for the AFC North title. They play the Ravens the following week. They go to a warm weather city. Against a pathetic team. And treat it like a vacation. I've seen this movie way too many times. It's why the Steelers never finish 14-2. Rarely 13-3. Or 12-4. Poor focus and discipline. They will sleepwalk through this game.

Thanksgiving night at Heinz Field. A stroke of luck. A nice holiday gift from the NFL schedule-makers. The Ravens play the Titans in week 11. Say what you will about Tennessee, but it's a physical team. Derrick Henry. Mike Vrabel loves tough football. Baltimore will be beat up. Home teams have a big edge on a short week. To the tune of a 19-7 record over the past 2 seasons.

If the Steelers lose this game, the entire coaching staff should be let go. Heads should roll. It would be one of the worst regular season losses in modern Steelers history. Chase Young can't beat the Steelers by himself.

I'm not big on the Bills. Josh Allen isn't an accurate passer. He's more of a runner. Buffalo thinks they got a #1 WR with Stefon Diggs. They didn't. He's a better sidekick than superhero. But it's a primetime game. And that will keep a lot of Steelers fans out of New Era Field. Cold weather too. Bills will have a big home field edge.

Paul Brown Stadium has become the Steelers home away from home. The Bengals have weapons. On offense. However, the defense will be one of the worst in football.

I don't know what the Colts were thinking. They should have gone after Tom Brady. Or kept their 1st round pick and drafted a QB. Philip River is shot. Maybe by this point in the year, Jacoby Brissett is the starter.

I believe Case Keenum will be starting for the Browns. Baker will be on the bench. And that's a bad thing. Keenum ran Kevin Stefanski's offense in Minnesota. He went to the NFC Championship game. Week 17 predictions are tricky. Because of playoff scenarios.

The Steelers have several easy games. And only a couple of truly tough games. They went 8-8 without Big Ben. He better be worth 2 more wins. AT LEAST.

Bookmark this page. Send the link to your Steelers friends. And bettors. It's a look into the future. A free physic reading. Compliments of your friend, the great Andrew Fillipponi.