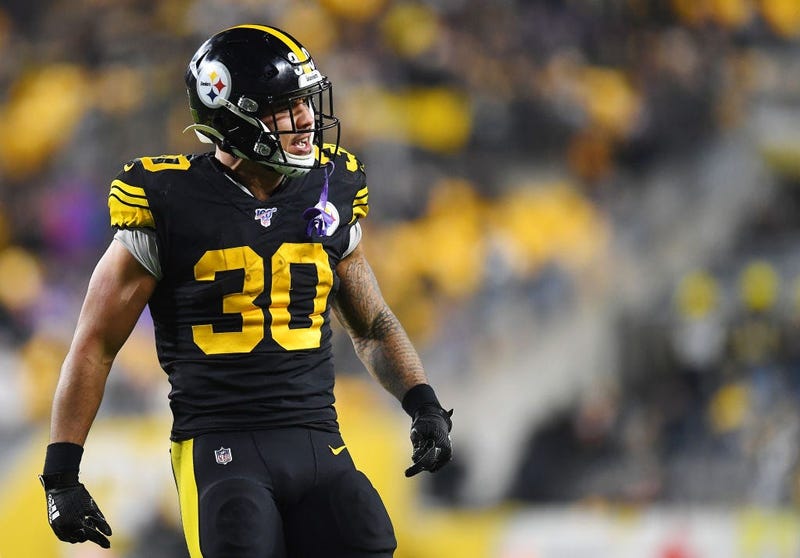 Football fans love rankings. Well actually, they hate them. Because they never agree with them. But they do create fodder. And debate. Two things I live for.

Take for instance, Pete Prisco from CBS Sports. He ranked the top 100 players in the NFL this week. It was so bad, Prisco should lose his Pro Football Hall of Fame vote. His football acumen is tiny. He didn't rank Minkah in his top 100. Or Big Ben. But he included Bud Dupree and Juju. Go figure.

I have created my own set of rankings. The PM Team Steelers top 50. They will hold up to the scrutiny. I've talked to former GMs. Former coaches. I've watched film. In the name of journalistic integrity. And fairness.

2. Minkah Fitzpatrick S-Answered the Steelers prayers last season. And is only getting better.

3. Cam Heyward DE-Getting better with age. As solid as they come.

6. Devin Bush ILB-He will take off a like rocket in 2020. Expect big things. Breakout season.

7. Stephon Tuitt DE-He was having his best season before getting injured in 2019.

9. Steven Nelson CB-Barely noticed him on game-days. Because he wasn't giving up big plays. Or penalties.

10. Joe Haden CB-Up and down in 2019. Cornerback is a young man's game. Unless you're Darrell Green.

12. Bud Dupree OLB-Bud can thank TJ Watt for finishing this high on the list.

13. Diontae Johnson WR-Led rookie WRs in receptions. Route-running is there. Next up, chemistry with Big Ben.

15. Matt Feiler RT-Unheralded tackle. Will continue to get better.

17. Tyson Alualu DL-He doesn't get enough credit for the way he played after Tuitt's injury.

19. Bince Williams ILB-He's good at stopping the run. That helps in a division with Baltimore.

20. Maurkice Pouncey C-He's an all-time Steeler. But age and wear-and-tear have caught up to him.

22. Stefen Wiesnewski LG-He knows his role. And does it well.

23. Cam Sutton CB-Liked what I saw in limited action.

25. Terrell Edmunds S-Going the way of Jarvis Jones and Artie Burns. Another 1st round bust.

26. Chase Claypool WR-Size and speed. But will he get enough offensive snaps in 2020?

29. Kerrith Whyte RB-I'd like to see him get a shot. But coaches seem to disagree with me.

30. Derrick Watt FB-I'm only ranking him this high because of special teams contributions. Bad signing.

35. Ola Adeniyi OLB-A preseason legend. Will it ever translate to real games?

37. Justin Layne CB-Tomlin raved about him. But didn't get on field. And Steelers can't draft and develop cornerbacks.

40. Jaylen Samuels RB-I don't see a fit. And I don't know what he's good at it. Other than catching the ball.

42. Isaiah Buggs DL-Important year for him. Can he help fill Hargrave's shoes?

43. Anthony McFarland RB-Let's see if he can be that home run hitter the Steelers want.

44. Tuzar Skipper OLB-Maybe the 2019 preseason was a mirage. Because he got cut.

46. Daniel McCullers DT-How is he still on the team? After all these years.

47. Duck Hodges QB-It was fun while it lasted.

50. Ryan Switzer WR-Works out with Big Ben. So he has that going for him.