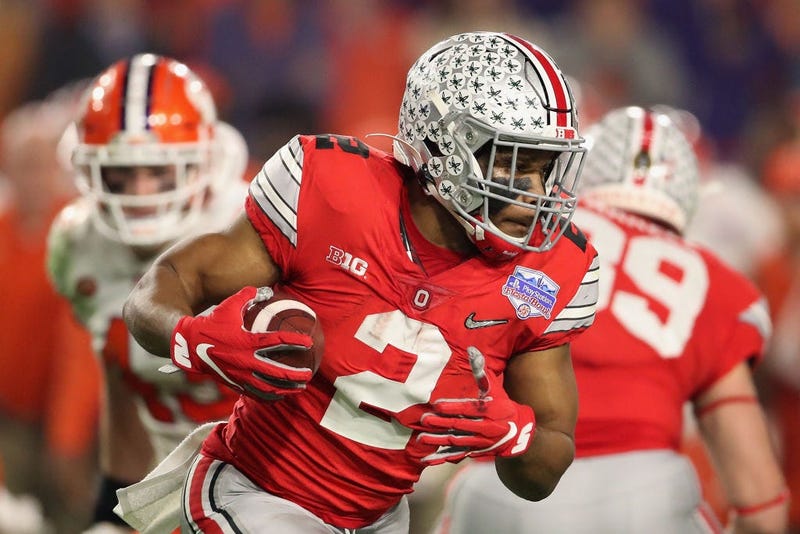 Without Minkah, the 2020 Steelers draft is driving me mad. Well, with one notable exception, more on that later.

I was under the impression that the Steelers would use this draft weekend for 2020. Maximize the Big Ben window. Give the aging, hirsute quarterback the best chance to go out on top. Like John Elway. Peyton Manning. Jerome Bettis.

I don't hate Chase Claypool. He's a freak athlete with mega stats at Notre Dame. But he does feel too good to be true. How does someone with a ridiculous combine, and Tim Brown numbers in South Bend slip to pick 49? In a pass-happy NFL! And most draft pundits had him as a 3rd round talent. I'm confused.

I would have been fine with Claypool because of his massive upside and touchdown-making skills IF the Steelers had found a starting running back elsewhere. Leonard Fournette. Matt Breida. Shady McCoy. Instead we get Anthony McFarland?!? Another injured, part-time running back. He wasn't even the best Maryland RB in 2019. But Tomlin's kid played there. And Matt Canada coached him in 2018. Cool!

In hindsight, JK Dobbins was the better pick. At worst, he would have been James Conner insurance. At best, he's the Steelers starting running back. Now we'll have to watch him in Baltimore. In an offense designed to bring out the best in him.

How do the Steelers run the ball better without better running backs? The answer isn't as simple as Ben Roethlisberger. In 2018, the Steelers had the 31st ranked rushing offense.

I do like the Kevin Dotson pick. The Steelers stole him. He'll sit behind Stefan Wiesnewski for a season. Then turn into a 5-10 year starter at LG.
But that's consistent with the theme of the Steelers 2020 draft-wait til next year.

I don't feel like waiting. I wanted an immediate impact and that's not happening. No Jameis. No Fournette. No Dobbins. No Akers. What you see is what you get.

But hey, "they got Minkah."
___Listen to 93.7 The Fan on the RADIO.COM AppTell your smart speaker to "play Ninety Three Seven The Fan"Receive email updates from 93.7 The FanFollow 93.7 The Fan: Facebook | Twitter | Instagram