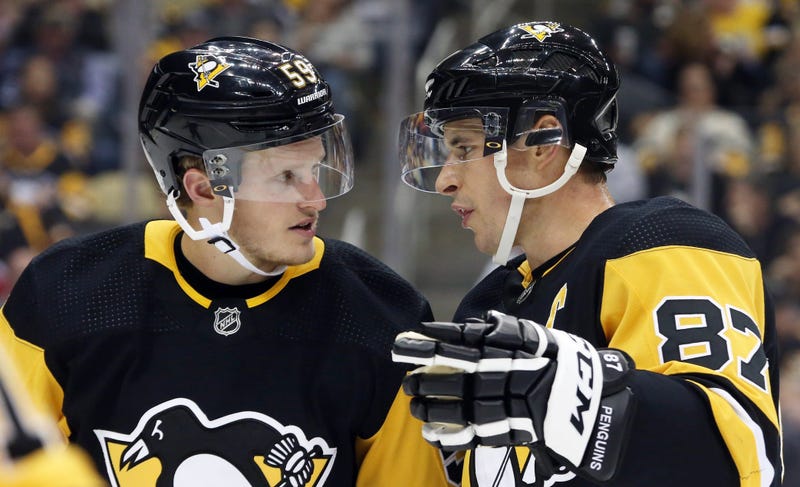 Most of the time in the NHL, October is a kind of entry ramp on which teams can assess the condition and potential of that new vehicle they’ve spent the summer and preseason putting together. Gives them an opportunity to change the parts a bit, if need be, before they really start going through the gears.

I’m looking at the Penguins right now on the Metropolitan Division GPS, and they’ve left the ramp early and are sputtering along in the slow lane. The crazy rash of injuries to significant pieces of their depth chart – at least four and perhaps five of their top nine forwards knocked out of the lineup in the span of 11 days – means they have no time to gradually get up to speed.

The Penguins’ season-opening four-game homestand could include three losses after they close it out tonight against the surprising 3-0-0 Anaheim Ducks. Then comes a very challenging schedule featuring seven games in 12 days and three sets of back-to-back games – including matchups against Western Conference powers Colorado and Vegas and another against the 2019 Presidents Trophy-winning Tampa Bay Lightning.

The Penguins need results, and they need them now. Given the parity in today’s game and the expected improvement of last season’s Metro bottom-feeders – whether or not they reach the playoffs, the Devils, Rangers and Flyers should be better and harder to win points against – it’s already crunch time for coach Mike Sullivan’s team.

Bryan Rust won’t be back until late October at best, and early November might be the most optimistic timeframe for Nick Bjugstad, with Evgeni Malkin returning perhaps a little later. Alex Galchenyuk will be out for at least a week, and it seems like Patric Hornqvist might be available this weekend – if he doesn’t play tonight. That qualifies as incredibly good news for the battered Penguins.

When this season began a week ago, Malkin’s return to form easily qualified as the most important piece of the Penguins’ turnaround. That’s on hold. Galchenyuk’s return to something closer to his days as a 30-goal scorer in Montreal qualified as potentially the most important contribution of the trio of new forwards GM Jim Rutherford brought to the team this summer. That’s on hold. The Penguins like Jared McCann best as a winger, but his career there is now on hold; he’s their No. 2 center.

All these emergencies brought Sam Lafferty’s NHL career to an unexpected start last night, and he looked very good and now will be hoping to be part of the solution. Of course, he’s not alone there. This is a very large opportunity for Adam Johnson and Andrew Agozzino to make their case for a NHL role here. Even though he’s spent parts of the last two seasons here, Zach Aston-Reese was no better than on the bubble for playing time before Rust was injured; now he’s got more time to show Sullivan where he fits.

It’s time for Dominik Kahun to be more noticeable, time for Rutherford to figure out what he’s doing with his defense corps, time for Jake Guentzel to start scoring, time for the Penguins to take advantage of being at home for seven of their first nine games.

Sidney Crosby, who was Pittsburgh’s best player in Tuesday’s loss to Winnipeg, will do more than his part. He always does. In the meantime, his teammates all have to figure out how to get through the next few weeks with enough points to keep the Penguins on the road to a playoff spot.
___Follow 93.7 The Fan: Facebook | Twitter | InstagramListen to 93.7 The Fan on the RADIO.COM App - Download Now