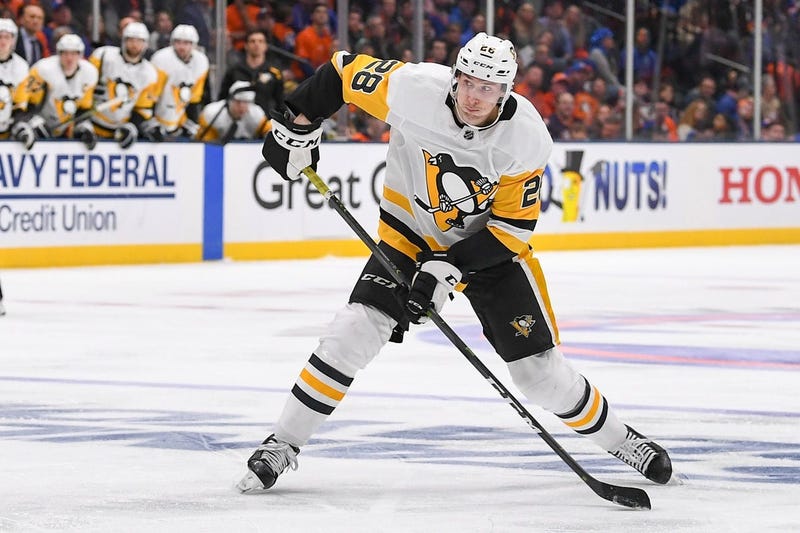 The roster Pens’ GM Jim Rutherford has put together as the season begins tonight against Buffalo is a bit quicker and a bit younger than the one he assembled one year ago. Tougher to play against? We’ll see.

Looking up and down this roster, Rutherford and coach Mike Sullivan would like to make a few assumptions. Sid will be dependable and often indefensible (that’s the easy one). Kris Letang will deliver six months of hockey that recall his 2018-19 regular season, not his 2019 playoffs. Jake Guentzel will take his finishing ability to yet another level, given more power play time. Evgeni Malkin will be better (could he really be worse?)

Matt Murray will use the second half of last season as a springboard toward answering questions about his consistency. Brian Dumoulin will continue to be underrated outside of Pittsburgh, and Justin Schultz will deliver a big season as he’s healthy and playing for the biggest contract of his career this summer.

Nothing wrong with being optimistic in October.

While Malkin’s return to form remains the development most likely to influence Pittsburgh’s ability to return as a dangerous playoff team, there are a half-dozen other players – all beginning their first full season here – whose performances will have a lot to say about whether the Penguins really get where they want to go.

Five of these six players are coming off what was either their first taste of the NHL, their first full season in the NHL or their best season in the league. Five of these six players are 25 or younger; four of them have contract talks looming next summer; four of them are opening the season in places on the depth chart that may shift; and, for the most part, it’s tricky trying to make assumptions about how they will react to expectations after five of them put together a 2018-19 season that suggested they’re capable of bigger things now.

Marcus Pettersson, 23, appears ready to open the season as a third-pairing defenseman who should be playing in the second pair and likely will end up there if Jack Johnson is traded or dropped to the seventh spot. With the Penguins in a cap bind, Pettersson settled for the equivalent of a one-year qualifying offer which both he and the team knew should have been longer and more lucrative. He understands how Sullivan wants to play, uses his reach intelligently, is good with the puck and is not afraid to get involved physically.

Last season was Pettersson’s first in North America that didn’t include an AHL stint, and Sullivan needs him to build on that and respond well to an increase in minutes that seems certain to come. Should the Penguins lose Schultz to free agency this summer, certainly a real possibility, Pettersson is in line to be their No. 3 defenseman. Can he take his offensive production, a career high 25 points last season, into the 30-40 points range? Can he get back to helping more on the penalty kill, as he did in Anaheim?

Brandon Tanev, 27, has spent his NHL career as a bottom six forward who uses his speed to pressure opponents, hit them and create opportunities. A gritty penalty killer, he suddenly dropped 14 goals, 15 assists and 29 points last season in Winnipeg – all career highs. That was followed by the largest and longest contract of his career here in Pittsburgh, and he got to camp with Sullivan giving him top six assignments. He is expected to open the season tonight on Malkin’s right wing.

Tanev, rest assured, will live up to Rutherford’s goal of making the Penguins harder to play against. But does he really have the hands to help Malkin (or Crosby) finish plays over the course of 82 games? He is the logical candidate to play a large role in helping the Penguins improve their poor penalty killing, especially early in the season with Bryan Rust out with a hand injury. Can he make a difference there?

Teddy Blueger finally reached the NHL last season after a second-half callup, and he acquitted himself well as a fourth-line center, where he starts tonight. Blueger, 25, needs to work on his performance in the faceoff circle, and this season the question is his ability to stand up to the demands of 82 games in the world’s best league.

Alex Galchenyuk looks like a given this season on Malkin’s left wing, and the almost immediate proclamations of chemistry between the two seemed a bit premature during a preseason for which Galchenyuk was only healthy for one game. He’s a former 30-goal scorer in this league and was unable to hit that level on an average team in Arizona last season. The goal total is important, too, because he’s not a good defensive player – although still better than Phil Kessel, who went the other way in that trade.

Galchenyuk is only 25, and he’s never played on a team with this much skill before. Even with less power play time than he got in Arizona, he should be able to approach or pass 30 goals this season. If he does, he could play himself right out of town by taking a big UFA offer this summer from a team with more cap flexibility than the Penguins. If he doesn’t, he may be a drag on Malkin’s return to form. No pressure there, right?

Dominik Kahun, 24, had a promising rooking season in Chicago last winter, getting top six minutes while moving around the Hawks’ lineup. It was his first season in North America, so he should benefit this season from having made the needed adjustments. But he looked like a player still figuring a lot of things out during the preseason, where he really wasn’t noticeable. He’s expected to play on the third line tonight.

Can he turn 13 goals and 37 points in Chicago into something closer to 20 goals and 50 points here? Sullivan opened camp with Kahun on Crosby’s right wing, which tells you something about how the Penguins picture him fitting in.

Jared McCann, 23, knows all about the expectations of playing on Crosby’s wing, which he did at times last season. He tended to produce goals in bunches here, and four of his 11 with the Penguins were empty-netters. Between Florida and Pittsburgh last season, McCann had a career-high 19 goals and 35 points, and it’s fair to expect more now. He can play center but has been used almost exclusively as a winger here, and he’s expected to be on the left side with Nick Bjugstad on the third line tonight.

Is McCann capable of producing his share of the secondary scoring Pittsburgh will need? Would he function better as a third-line center? Like Kahun, he is headed for restricted free agency next summer, and the shape of that contract will depend quite a bit on his performance during the season that begins tonight.

The Pens have stars. Productive second-level players? They need those in the worst way, and management will be looking for them among this group of players.