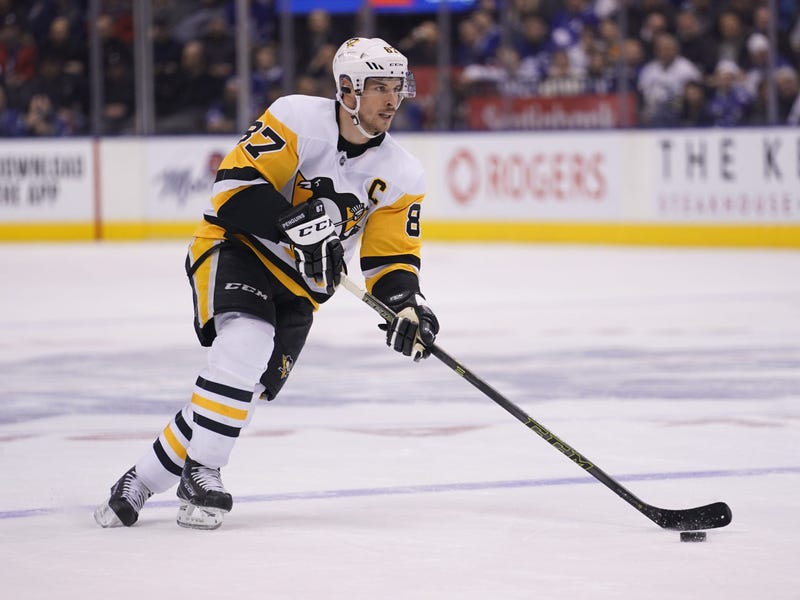 The Penguins and faceoffs have had a very tenuous relationship over the years, and it’s a bit contentious at the moment, especially coming off a 4-0 loss in Toronto Thursday in which three of the Leafs’ goals came directly off draws.

Figuring out just how big a deal that is, however, is not simple.

Pittsburgh enters play today tied for 27th in the NHL with a 48.3 percent faceoff winning percentage.

The Penguins also have the third-best record in the league.

Sidney Crosby is winning 54.3 percent of his draws, more than two points above his career average, and he’s headed for the fourth-best number he’s ever posted with 23 games to go.

Evgeni Malkin is at 49.5 percent, which would be a career high.

And yet only four teams have worse success rates than the Penguins.

Rules changes this season which allow a team on the power play to choose its faceoff dot figured to benefit every team to some degree, but the Penguins were the third-best team in the league on power play faceoffs last season and have dropped all the way to 23rd this season, losing almost four full points off their winning percentage.

The power play, meanwhile, is on a tear and has climbed all the way to ninth in the NHL.

The Penguins are the NHL’s worst team at winning faceoffs while on the penalty kill at 38.3 percent.

Their PK percentage, meanwhile, has jumped from 15th-best to seventh-best in the league over the last two months.

When the Penguins win more than 50 percent of their faceoffs, they’re five games over .500.

Contradictions, contradictions for those who believe winning draws is a key element in winning games.

No one can dispute that winning faceoffs can be important, yet how important is really up for debate.

Since the lockout, nine of the 14 Cup winners finished seventh or better in faceoffs during that regular season.

Over the past six seasons, the team that finished as the NHL’s best on faceoffs missed the playoffs five times.

See what I mean? Contradictions.

The reality for the Penguins is that adding a bottom six forward before Monday’s deadline already makes sense on a lot of levels, and making that player a center who can win draws on the fourth line might be an important consideration.

When Crosby or Malkin takes a draw this season, the Penguins are winning 51.8 percent; everyone else is a combined 45.7 percent.

Teddy Blueger has had a promising season for the Penguins anchoring a third line that has done a very good job defensively, and his offensive game is also coming around nicely.

But his performance in the faceoff circle needs work, and let’s remember he’s still feeling his way around the league in his first full season, getting to know more about the skills and tendencies of opposing centers.

He’s winning just 38.1 percent of his PK faceoffs, and he’s taken more of those than all but four players in the league.

And, yes, winning draws is not all on the centerman; his wingers have a role to play in deciding 50/50 pucks, too.

There will come more than a few times in the upcoming playoffs where the Penguins desperately need to win a defensive zone draw, and Crosby can’t take them all.

As currently constructed, they’ll win some of those but lose a lot more, and time will tell if that happens often enough to hinder the Penguins’ Cup hopes.

The last three Cups demonstrate that’s not likely. But, hey, winning a few more might make their lives a bit easier, too.