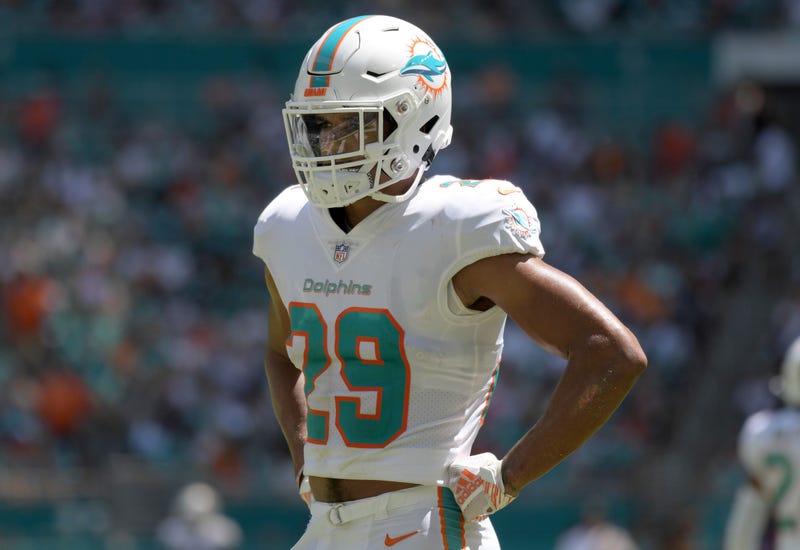 Just ask Steelers Head Coach Mike Tomlin: Who doesn't love a good "splash" play? A big move to change momentum at just the right time can be critical to a struggling effort.

A year ago most of us sat plaintively wailing in the direction of the Steelers' South Side headquarters, imploring at full throat that General Manager Kevin Colbert make that "splash" play and trade something - anything - for temporarily disgruntled Arizona Cardinals' cornerback Patrick Peterson.

We begged. We pleaded. Short of writing an open letter to the Post-Gazette and having everyone from Blawnox to Burgettstown sign it, we appealed in every way possible that the Steelers improve their secondary in light of the dumpster fire that was Coty Sensabaugh/Artie Burns splitting time across the formation from Joe Haden.

It may be a year later than many of us asked for it, but boy did we get a splash.

In trading a 2020 1st Round pick to Miami for defensive back Minkah Fitzpatrick (along with a swap of late picks in each of the next two years), the Steelers got a stud defensive back to pair with Haden and free agent acquisition Steven Nelson. The Steelers didn't just get a pretty good defensive back, either. They got a guy who rated as one of the best, if not *the* best slot cornerback in the league in his rookie year. Coupled with his ability to play high as a free safety, essentially making Sean Davis expendable with just 14 games left on his rookie contract, finding fault in this deal is the purview of those who are never happy.

A defense that was getting roasted in coverage added a great cover guy and a fourth First Round draft pick under the age of 25 to their defense to go with T. J. Watt, Devin Bush, and Terrell Edmunds.

They effectively got their 2020 1st Round draft pick eight months ahead of time.

For those that want to insist that it's a pick that could've been spent on a quarterback should Mason Rudolph fall on his face and/or Ben Roethlisberger not recover fully from elbow surgery, let me ask a question of you: What's been the biggest issue for this 0-2 Pittsburgh Steelers team? Has it been quarterback play, and more specifically the play of Rudolph, who in his first half of NFL action threw for a pair of touchdowns and whose any statistical blemish was a drop by Donte Moncrief?

You know, I know, and everyone who's watched those first two games knows the issue at hand is that the Steelers still can't cover. Maybe they still won't be able to cover. If they can't though, it won't be Kevin Colbert's fault for lack of talent procurement, it'll be on Defensive Coordinator Keith Butler, and by extension Tomlin, who continues to stand by Butler.

Rather than bemoaning the fact that the Steelers traded a 1st Round pick that most likely would've been used on defense anyway, fans should be celebrating that the GM finally listened to them and went out and made the kind of move they've long clamored for.

If the defense can't do it often enough, and the coaching staff can't will it into existence, enjoy the fact that Colbert has provided the first big "splash" play of the 2019 season.