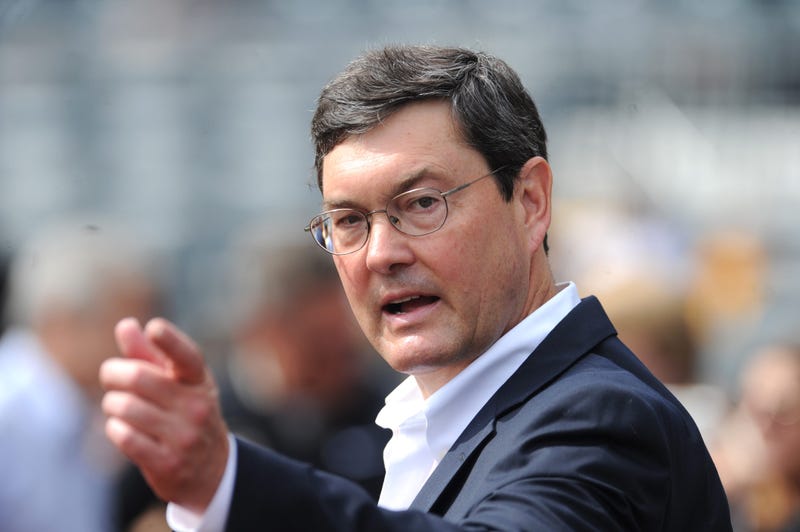 It's rare for a Major League Baseball team on it's way to a 69-93 finish to have much reason to celebrate.

Yet there the Pittsburgh Pirates were on Sunday morning, preparing to fête Steve Blass on his last day of work in the broadcast booth. A celebration befitting a person who'd spent 60 years with the same organization had begun on Friday night and continued throughout the weekend.

It wrapped up on Sunday, but not without the ill-timed distraction of the firing of Manager Clint Hurdle. In hasty fashion, just four days after the skipper had let it slip that he felt assured by someone above him within the organization that he'd be back at the helm next season, he was told that that wouldn't be the case..

Don't get me wrong, it was time to move on from Hurdle.

With just as many self-help axioms in his lexicon as books stacked on the desk in his office, the man who'd once promised to re-bond a city with it's baseball team -and helped deliver on that promise- couldn't find the answers to what ailed his team in all of those volumes.

As a man who prided himself on leadership, he'd lost respect with key members of the roster. Granted, some of those players, whether it be through lack of performance or out-and-out insubordination, had been part of the problem. Hurdle's inability to bring them back into the fold though, and guide the team he'd been handed, is ultimately what led to his downfall.

What of the man who handed him that team, though, General Manager Neal Huntington? Well, he gets to keep his job.

And the man who continues to stand by and watch Huntington and his staff bungle talent acquisition and development, President Frank Coonelly? Well, he gets to keep his job, too.

And the man who keeps them all in power and signs off on everything, Owner Bob Nutting?

Well, you can't fire the owner.

Even if that is where the vacuum of leadership with this organization starts.

Think back to the first unraveling threads of this season, when Keone Kela was getting in a dust-up with Performance Coach Hector Morales. Or several weeks later, when Kyle Crick was in an argument with Bullpen Coach Euclides Rojas. Or a few weeks after that when Crick fought Felipe Vazquez in the clubhouse. Or, for that matter, when Vazquez was arrested for the sexual assault of a minor just a week or two after that.

Do you think any of those moments would have been an opportune time for the owner to step in front of a camera and behind a microphone? Rather than show some leadership though, Nutting continued to hide behind statements. He continued to hide behind the P.R. personnel who are asked to do their damndest to defend a man who won't step out of the shadows to defend himself.

Are we surprised things continued down the same path on Sunday morning?

A difficult moment came. The firing of Hurdle but the decision to retain Huntington as well as Coonelly called for the owner to do more than issue yet another statement. It called for leadership.

And, as usual, Nutting was found lacking.

Worst of all, he doesn't seem to care.

And that the necessary display could have waited another 24 hours.

The celebration of Blass's final day wasn't totally ruined but certainly had a pall cast upon it because no one in the Pirates organization -least of all the owner- possessed the wherewithal to recognize the firing of Hurdle could wait just one more day in favor of one of the few opportunities the franchise had to bask in positivity this year.

The future of the Pittsburgh Baseball Club continues to have a pall cast over it because no one in the organization possesses the wherewithal, the guts, the cojones, the courage, the good sense, the leadership to recognize that the only way forward is without those that currently run the organization.

The manager lost control. He was fired for it. And rightfully so..

The GM has no control these days either. Nor the President. And they should be relieved of their duties as well.