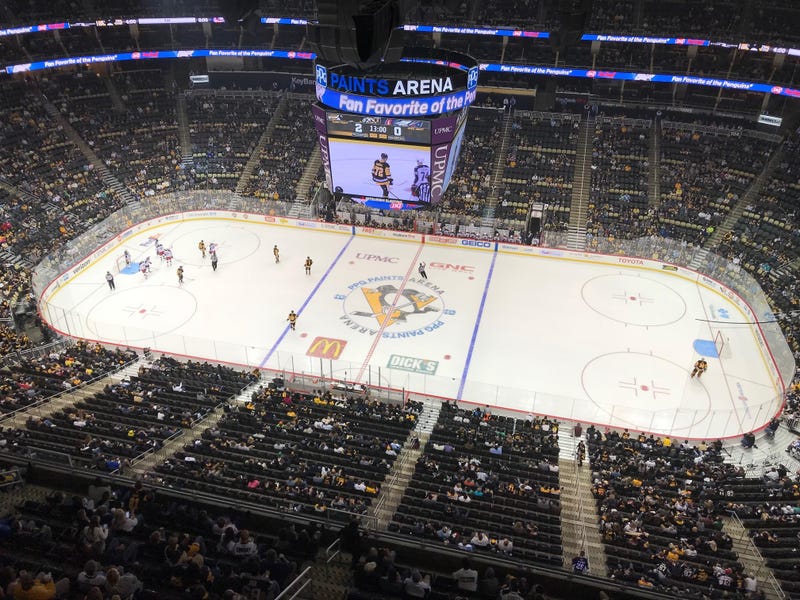 I have seen these strange ideas. Just as you probably have.

You know the ones. The whole, “well, we could move all the NBA playoff teams into one hotel in Las Vegas and play three game series’ and decide things like that!”

Or the, “maybe all the NBA guys can be kind of sequestered in Hawaii and Orlando in two different hotels and play the east and west then just come together in a quarantined location for the Finals!”

Or the whole “well, well what we could do is have a trimmed down version of the NHL playoffs where they run just about up until the beginning of next season, have a quick break and get right back at it!”

Those are just a few. And they are all dumb.

There are a ton; seems like I hear a new one each day --- and most of the time multiple ones each day.

There are numerous other weirdly-hatched ideas as to how the NHL and NBA seasons can resume when the pandemic grabbed this country and forced it to a halt.

Looks like just about every talking head in every one of those multi-box, hot take shows on all the different cable networks has a plan for how the NBA Finals will get played and/or how the Stanley Cup will be handed out this season.

How about this? Bag it already. It ain’t happening. Wave the white flag. In this case, it is perfectly OK to quit.

Call it abandoned and just understand something: It would be best to gear up the efforts into trying to get next season started on as close to a regular time schedule as possible.

You see, just about all of these ideas (especially now that we have entered into April and still aren’t going anywhere for some time) would involve a bit of a ramp-up period of practice and conditioning and getting back into shape even if the games were to start with launching right into the playoffs.

We are looking at at least two or three weeks of run-up time before a game would be played --- and that is after we are all given the OK, which still seems like a long way away.

On top of that, the biggest question in all of this is simple: To what lengths do we deem it necessary to hand out a title and decide a champion this season at the real risk that we are totally going to screw up next season?  Through this delay, and especially the longer that it has gone on, that has always been the biggest question.

I mean, why should the leagues and players (in this case the NHL and NBA) go to such great lengths and squeeze what would be their traditional off-season just to satisfy what would be a bastardized championship anyway?

There is also the point of optics. Do you know just how bad it would look if the rest of the country --- or much of it --- was mired in general paralysis and we were essentially making special dispensation for rich athletes to go out there and play games? People would love the escape of being able to see live sports on TV, but it would appear awful damn entitled. There appears to be no way to salvage the current seasons right now other than to fast track getting them started again --- which would undeniable give the impression the athletes got special consideration.

In these times, we don’t need that.

Just get on with it already. Call it off already. Cancel the NBA and NHL seasons. ​