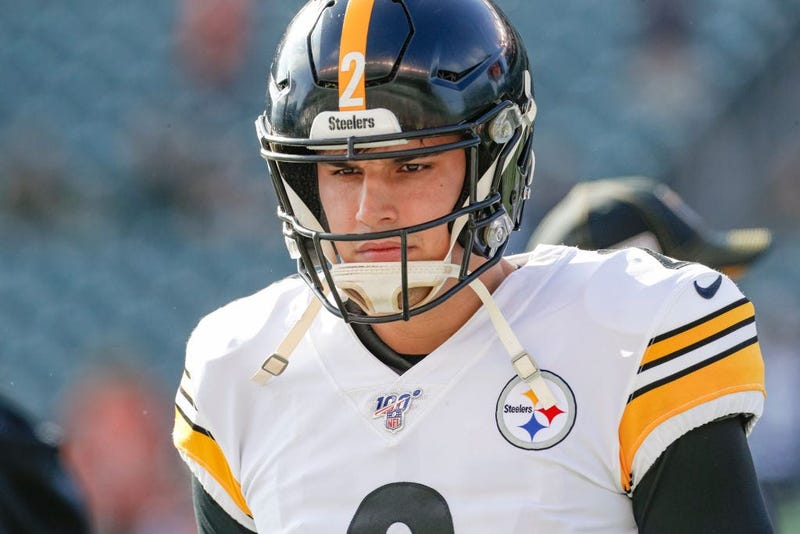 First, I have to turn on the radio and hear my ultra-talented (and he is that a million times over) compadre Andrew Fillipponi rattle on pretty much non-stop about the Pittsburgh Steelers signing Jameis Winston to a free agent contract.

I give Andrew credit for finding a cause and sticking to it.

But … man, it is a lot. He won’t shut up about it. I think tomorrow Andrew has the cousin of Winston’s college roommate on his show; apparently the guy one time stayed on a futon in Winston’s dorm room when Jameis was out of town on a road trip and he’s going to relay that experience to Andrew and how it could relate to being the Steelers quarterback.

You can’t get too in-depth.

I can’t wait to hear it.

And now here comes the second wave --- strong, deep and enveloping. This one isn’t from Andrew but much more national media driven. Perhaps you have heard it over the past 72 hours or so. I mean, it has been strong. There is now a groundswell bellowing for the Steelers to use their first pick in the upcoming draft (the 49th pick in the second round) on Jalen Hurts.

You know the guy. The one who played three seasons at Alabama before shifting over to Oklahoma and throwing for 3,800 yards and 32 touchdowns this past season while running for 1,200 more yards and 20 scores.

Is he talented? Lord, is he ever.

Is he the guy the Steelers should draft? Uh, no. Spare me. He isn’t. Never was and never will be. Stop with the nonsense.

Just like Winston is an awesome talking point ---- and incredible credit to Fillipponi for getting about 32 million miles per gallon out of it --- but it will never happen due to financial restrictions.

So there you go.

Here’s why: If you have listened to anything Art Rooney II or Kevin Colbert or Mike Tomlin have said over the past four months or so, it is incredibly clear they have enormous confidence in Mason Rudolph. Not just a confidence that Rudolph didn’t utter a racial slur on that crazy night in Cleveland, but that Rudolph is a talented quarterback.

I don’t know if I fully agree with that, but my vote doesn’t count. Those are the men with the votes that count. And at this time they have gigantic confidence in Rudolph as the backup. That could be subject to change, but it sounds as if this coming season will at least be a time Rudolph is permitted the opportunity to prove or disprove that.

Also, in terms of drafting a guy like Hurts, the thought here is that the next quarterback the Steelers draft will only be taken if the organization deems that Rudolph is not talented enough to be the successor to Ben Roethlisberger.

If it gets to the point where Steelers brass reasons Rudolph ill-equipped to lead the franchise after Big Ben, I’m thinking they will go after a first-round quarterback.

It will be a big splash.

He will be can’t miss.

It will be a top, consensus blue-chip guy who just about everyone has a great grade on.

Whether the Steelers have a selection in that spot or need to trade up, if Rudolph isn’t the quarterback of the future, the Steelers will take that guy a lot higher than 49th and that guy will have a much better rating out of college than Jalen Hurts.

Hey, look --- everyone is looking for something to talk about now without any sports.

But the thought of drafting Hurts or signing Winston is that and only that. Just a bunch of talk.