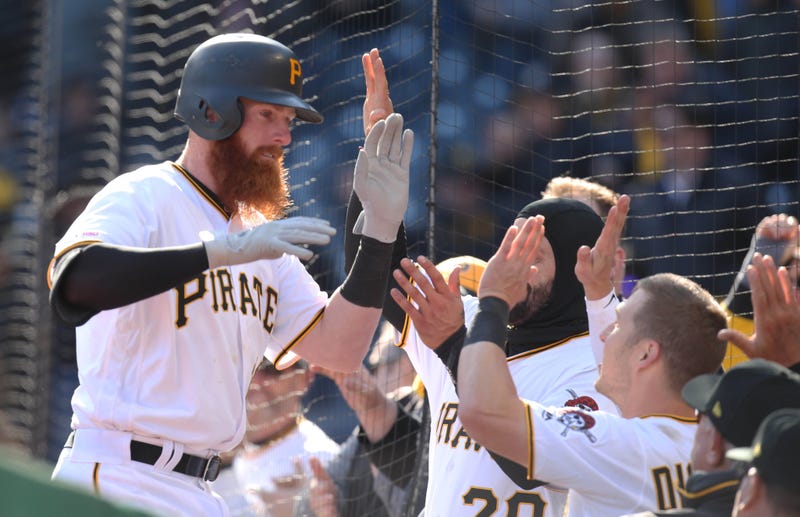 PITTSBURGH (93.7 The Fan) - Every Sunday morning at 8:00 during the Sunday Morning Grind, Josh Taylor and producer Greg Finley break down the next upcoming series for the Pittsburgh Pirates. This week the Pirates are in St. Louis for a 3 game series with the Cardinals beginning tonight.

Guy the Pirates should be worried about
Josh: Matt Carpenter - .260 career average vs the Pirates, even though he is hitting .214 he is still a dangerous hitter in the Cardinals lineup.
Greg: Pirate killer Kolten Wong - .273 career average vs the Pirates, has the most home runs in his career against the Pirates with 9. 4 game hitting streak.
Guy the Cardinals should be worried about
Josh: Kevin Newman - Continues to hit, I love what he’s doing with the bat. 6 home runs this season more than he’s had in the minors.
Greg: Starling Marte - 18 hits, 4 home runs, 13 RBIs, 12 runs, .298 batting average vs the Cardinals in his career, hitting .261 at Busch,
Best Matchup Pirates
Josh: Adam Frazier vs Jack Flaherty 3-8 with a double.

Josh Bell 3-9 with a home run and a couple doubles.

Greg: Adam Frazier 8-21 vs Miles Mikolas in his career. 4 doubles 2 triples and 3 RBIs
Best Matchup Cardinals
Josh: Miles Mikolas vs Marte . Marte is 4-21 against him.
Greg: Jack Flaherty vs Corey Dickerson. Dickerson 2 hits in 13 at bats. Dexter Fowler 4-7 vs Joe Musgrove 2 doubles
Guy No One is talking about Pirates
Josh: Jung Ho Kang - In his last 7 games, 6 for his last 18, 2 home runs, 4 RBIs, .833 slugging percentage
Greg: Colin Moran - 9 for 18 in his last 7 games, slugging .611 in his last 7. Season batting average .295 with 49 RBIs. For a guy that lost to Kang at the beginning of the season at third base, he has been awesome since given the job.
Guy no one is talking about Cardinals
Josh: John Gant, 7-0, 2.54 ERA, WHIP 0.96. Good bullpen arm has been reliable for them. 46 innings the most out of anyone in their bullpen.
Greg: Paul Goldschmidt… Didn’t think I would ever have him in the category but he’s not playing well. .251 batting average, in his last 30 games he is hitting .218 with 30 strikeouts
Random Stat

The Pirates are hitting .230 career against Jack Flaherty