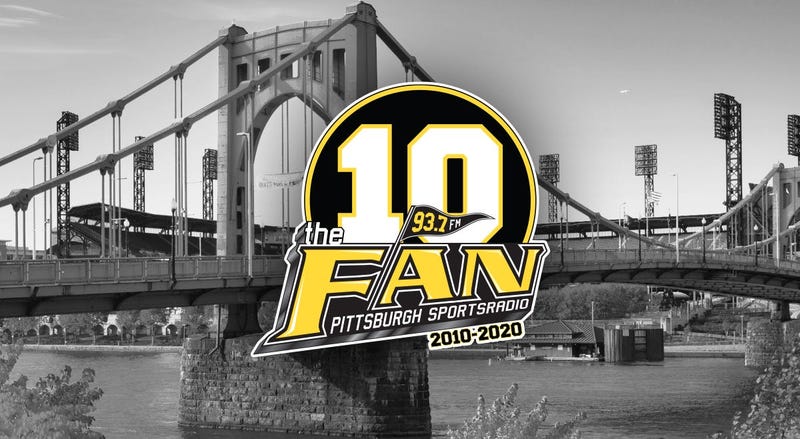 The sounds of 38,000 fans shouting "Cueto," Bill Hillgrove calling a game winning kick by Pitt to defeat unbeaten Clemson, Ben Roethlisberger discussing his thoughts on retirement,  parade coverage of the Pens back to back Stanley Cup champions, James Conner announcing he had cancer to James Conner being drafted by the Steelers - these were all moments heard on 93.7 The Fan.

On Friday, February 14th, 93.7 The Fan will host ten hours of commercial free radio from 7am to 5pm as we celebrates the 10th anniversary of broadcasting Pittsburgh Sportsradio!  Throughout the day, 93.7 The Fan will examine some of the great sports moments that occurred during the last decade, highlight special guests that have visited the airwaves and laugh at some of the crazy moments with the talent.

More guests to be added.