Despite concerns over when and how the 2020-21 NBA season will commence, the league will start its 72-game season on Dec. 22 and will continue its tradition with a slate of Christmas Day games.

This year, the NBA will have to compete with the NFL, which has the Minnesota Vikings scheduled to play the New Orleans Saints at 4:30 p.m. ET. But the NBA has managed an intriguing lineup of five games throughout the day.

Start time: 12p.m. ET
TV: ESPN
It’s going to be a busy sports day in New Orleans this Christmas. Prior to the Saints-Vikings game will be a basketball appetizer as Zion Williamson and Co. take on the defending Eastern Conference champion Miami Heat. Last year, Williamson was injured for the Pelicans’ Christmas Day game but ideally should be healthy and ready to go as they take on a Heat team led by Jimmy Butler that turned a lot of heads in the bubble this summer. 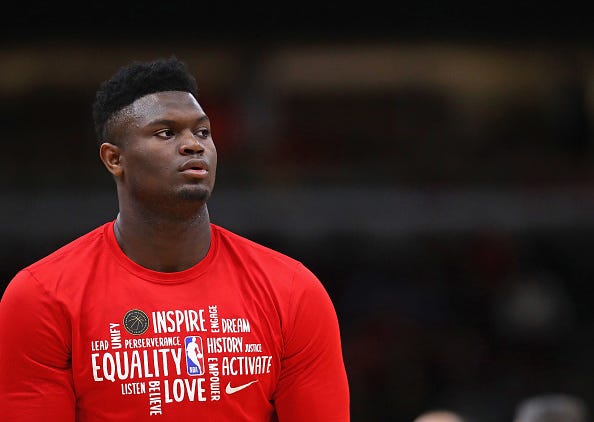 Start time: 2:30 p.m. ET
TV: ABC
Giannis Antetokounmpo, the NBA’s two-time defending league MVP, will be featured in this matchup against Steph Curry and the Golden State Warriors. Golden State is coming off a down year in which Klay Thompson missed the entire season and Steph Curry played in just four games. Curry is back with Draymond Green as the leaders of the team, but Thompson remains out, this time with a torn Achilles.

Start time: 5 p.m. ET
TV: ABC
The NBA strategically picked this game to go up against the NFL. All eyes will be on Kevin Durant and Kyrie Irving as fans watch to see how that dynamic plays out in Brooklyn. To add some drama, the Christmas game matches Irving up with his former team in the Celtics. Irving missed each Nets game against his former team last year due to injury. While there may not be fans in the stands to add some spice, it is still a noteworthy reunion after an unceremonious end to his tenure in Boston. 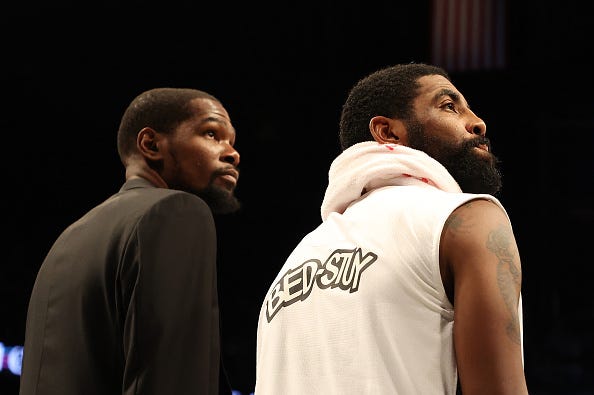 Dallas Mavericks at Los Angeles Lakers
Start time: 8 p.m. ET
TV: ABC
The defending champion Los Angeles Lakers earn the primetime slot on Christmas night with LeBron James and Anthony Davis headling this marquee matchup against Luka Doncic and the Mavs in what ought to be some entertaining basketball.

Los Angeles Clippers at Denver Nuggets
Start time: 10:30 p.m. ET
TV: ESPN
The late West Coast game features a rematch of the 2019-20 Western Conference Semifinals, which the Nuggets won in seven games. It marked a disappointing end to a Clippers season that had sky-high expectations following the signing of Kawhi Leonard and trade for Paul George. These two Western Conference heavyweights will cap the holiday marathon.