I don't collect baseball cards for their monetary values. I collect them for the nostalgia factor, for the hundreds of thousands of hours I've spent looking through the stats on the back, for the stories my dad has about finding gold mines of cards in his unknowing friends' attics.

That's not to say that I don't feel a jolt of excitement if I ever get my hands on a rare card. Thanks to my older brother -- though he was only 10-or-so years old at the time of this story -- a Nolan Ryan autograph insert in a random pack of cards he opened remains our family's most exciting pull from a pack. Much to my dad's horror, my brother happened to be eating a particularly greasy finger food when he happened upon the little piece of cardboard with a Hall of Fame signature running across it. Fortunately, the damage was (mostly) prevented and, again, we're not all too worried about selling these cards.

But we're not like a lot of card collectors. In fact, card collectors' primary motive is often to make a buck -- or millions -- by selling particularly rare cards. And it never ceases to amaze me just how much people have paid and continue to pay for these little shoebox treasures. The record for the most expensive baseball card of all time was just broken in the summer of 2020, and the market seems to be going through a fierce rebound as we navigate through the coronavirus pandemic.

But before we get to that record breaker at number one, let's count down the other nine baseball cards that land on our list of ten ridiculously expensive pieces of memorabilia from our national pastime. As a note, I'm only going to count each player once, though the whole stock of a certain player's card could probably make it in the top ten several times.

During the same auction that featured another card on this list going for over $650,000, this edition of the Ty Cobb T206 card -- which received a PSA grade of Mint 9 -- nearly broke the half-million barrier in 2016. Of course, any authentic baseball card with someone as well-known and important to baseball as Ty Cobb -- especially in good condition -- is going to go for a lot of money.

Some collectors just want a Ty for Christmas. Just submitted yesterday for a re-holder to @PSAcard. The colors on this T206 beauty really give this Cobb (Bat off Shoulder) terrific eye appeal. It is headed to auction soon and is sure to garner some serious attention: pic.twitter.com/halnQrI6oC

Take, for example, the seven T206 Cobbs that were worth at least $150,000 each that were "rescued from the trash." Quite the generous trash bin, eh?

Heritage Auctions saw the only Gem Mint 10 version of this card go for $612,000 in August of 2016, as fewer than one percent of submissions to the PSA show that this card has as high a rating.

This 1968 Topps Mets Rookie Stars NOLAN RYAN & JERRY KOOSMAN ROOKIE card is an ICONIC item- almost regardless of condition, this RC along with Johnny Bench's rank among the most sought in this great vintage baseball set! So of course, this one is our SCP Vintage Card of the Week! pic.twitter.com/4yaH1hGWG5

Another version of a Gem Mint 10 1968 Nolan Ryan Rookie Stars card, featuring him alongside Jerry Koosman, went for $600,000 during the same auction that featured the record-breaking card that ranks at No. 1 on this list... don't click that link if you don't want a spoiler!

There's nothing like a good error card. I have some hilarious ones in my own collection, including an Adam Piatt prospect card that says he hit some 39,000 home runs in a single season, and a Jose Vizcaino card that moved every statistic one line to the left of the actual stat it's supposed to be representing.

Those two are funny to look at, but no one was laughing when a Sherry Magee error card -- one which reads "Magie" -- sold for $660,000 at an auction as part of the disassembly of an entire T206 set.

Last night, the finest T206 baseball card set ever assembled broke the $8 million mark at auction. And it did so without a Wagner! Two of its top selling cards included a PSA NM-MT 8 Sherry Magee (Magie error) for $660,000, and a PSA NM-MT 8 Ty Cobb Green Portrait for $360,000. pic.twitter.com/9Ix7uR4Znz

It took Jackson a little while to get going in the majors, as he played with the Philadelphia Athletics in 1908 and 1909 and put up an abysmal six hits on 40 at bats. However, his 1909 American Caramel card -- which is "indisputably recognized as his rookie card" -- developed its value once Jackson broke onto the scene as not only one of baseball's best pure hitters, but as one of its most controversial figures.

Another Shoeless Joe card, this one from the subsequent year and part of the T210 Old Mill series, sold for nearly half a million dollars in May of 2020.

Though there are four ballplayers who grace the front of this card featuring top rookies from 1963, it's not because of Pedro Gonzalez, Ken McMullen or Al Weis that this card is so valuable. Two of them didn't even accumulate a career WAR of more than 3.0, while McMullen was a solid corner infielder throughout the '60s and '70s.

It's Charlie Hustle's smiling face in the lower left that brings this card its value, as it is the only recognized rookie card throughout Rose's whole career (via PSA). It also helps that it is a perfect Gem Mint 10 card, the only one of its kind with a flawless rating.

Though the highest-rated Plank card from this set was given a grade of PSA 8, a PSA 7 sold for more than $700,000 (via Joe Orlando of PSA). Similarly to the Wagner T206, the exact reason(s) as to why these cards are so rare isn't known definitively.

Though his name has not held up as well as Honus Wagner, Ty Cobb and other Dead Ball Era stars, Plank was as worthy a Hall of Famer as any of them. He recorded over 20 wins eight times throughout his career, finishing his career with 326 wins (No. 13 all time) and 69 shutouts (No. 5 all time).

Every baseball list needs the Sultan of Swat, and his 1916 Sporting News card, featuring him pitching for the Boston Red Sox in his third season, fetched over $700,000 at an August 2016 auction. PSA lists that a 1916 Ruth with a condition of near mint (8) would be worth well over $1 million.

Heritage Auctions even goes so far as to question whether or not it should be labeled as the "most important baseball card on the planet" due to the star power of the player, his rookie status at the time, and the rarity of this particular piece of baseball memorabilia.

Other extremely valuable Ruth cards include the 1914 Baltimore News card, depicting Ruth in the International League, and the 1933 Goudey Ruth card.

You can now own part of a 1953 Topps Mantle card that's rated Gem Mint 10. No, they haven't cut it into pieces. Instead, the world of virtual card trading and investing has brought this card, valued at $2.5 million, to the forefront for many Yankees and general baseball fans. 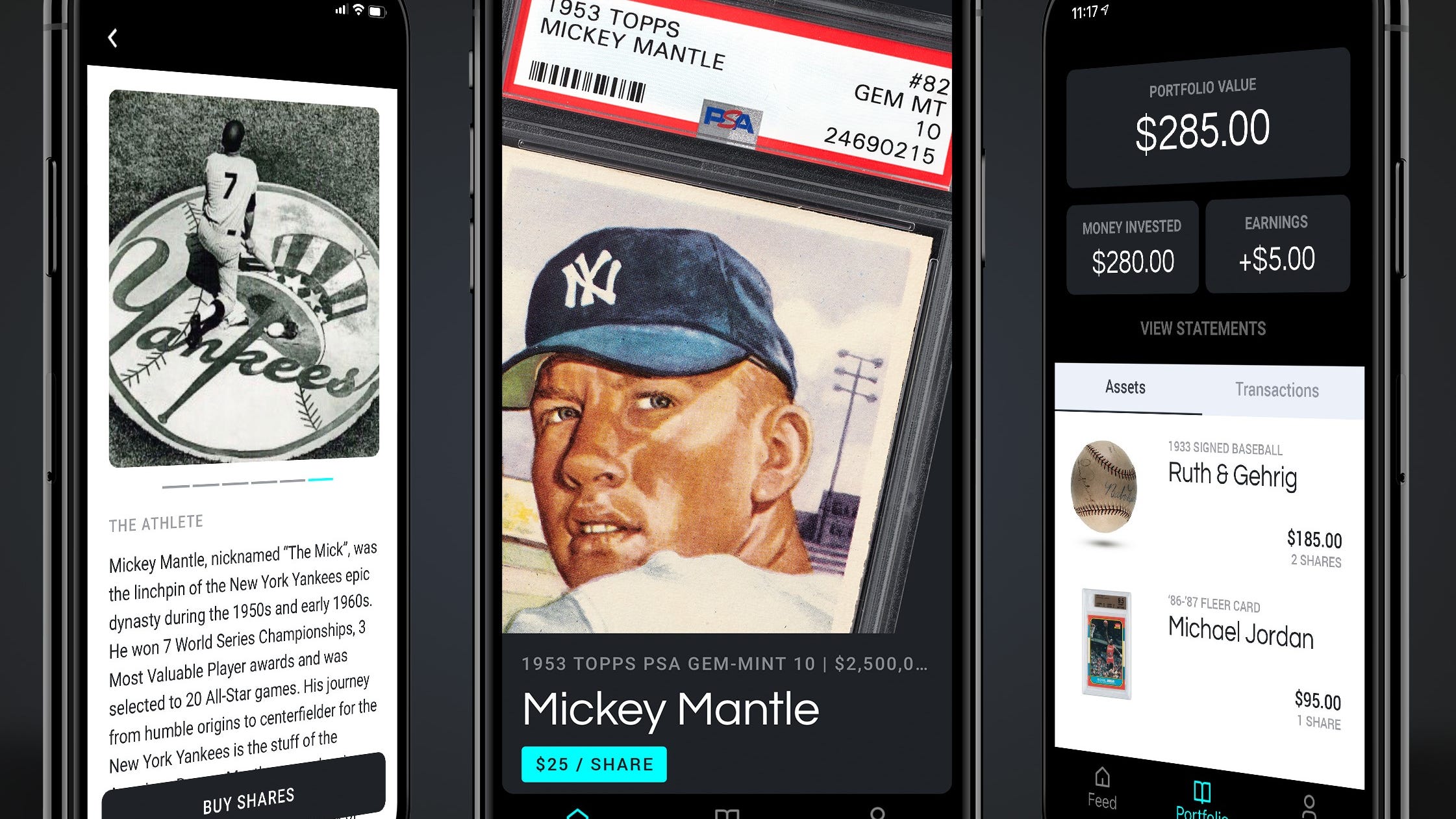 It's not the most expensive Mantle card, though. That honor belongs to the 1952 Topps Mantle, one of which had a PSA 9 Mint rating and went for $2.88 million in a 2018 sale. A 1951 rookie Mantle sold for $750,000, according to Beckett, making that span of years a very expensive one for fans of The Mick.

Though "The Great One" of NHL lore, Wayne Gretzky, owned a version of baseball cards' "The Great One," his copy wasn't the T206 Wagner that ultimately sold for over $3 million. In fact, Gretzky's version was passed along to multiple owners, including Diamondbacks owner Ken Kendrick, and became a subject of controversy after alterations were made to the card. At its high point, it sold for $2.8 million.

However, the highest sale for a T206 Wagner card is the $3.12 million listed above. Why are these so valuable? Several reasons are given, and it's likely a combination of its scarcity, Wagner's aversion to being placed on a cigarette card, and the almost-mythical quality of the card and its history. This "Jumbo" Wagner is slightly larger than other cards from the set, giving it its nickname.

Other T206 Wagners in existence may go for more money if they ever go for sale or surface as having a better condition rating. For instance, PSA values a 1909-11 T206 Wagner with near-mint conditioning at $7.5 million, though a card like this may not exist.

The T206 Honus Wagner card is not the rarest card featuring the likeness of the great @Pirates Hall of Fame shortstop. Find out what is in #Shortstops: https://t.co/wKZrlcOvvh pic.twitter.com/nj52W2DKkS

100 years after the aforementioned Honus Wagner card hit the shelves, 17-year-old Mike Trout was raking through the minors and was the subject of what-would-become an insanely valuable baseball card. The only one of its kind, it sold at Goldin Auctions to reset the standard for the most valuable baseball card.

Trout couldn't believe the news, himself, telling Alden Gonzalez of ESPN that he "maybe... should've kept that one." 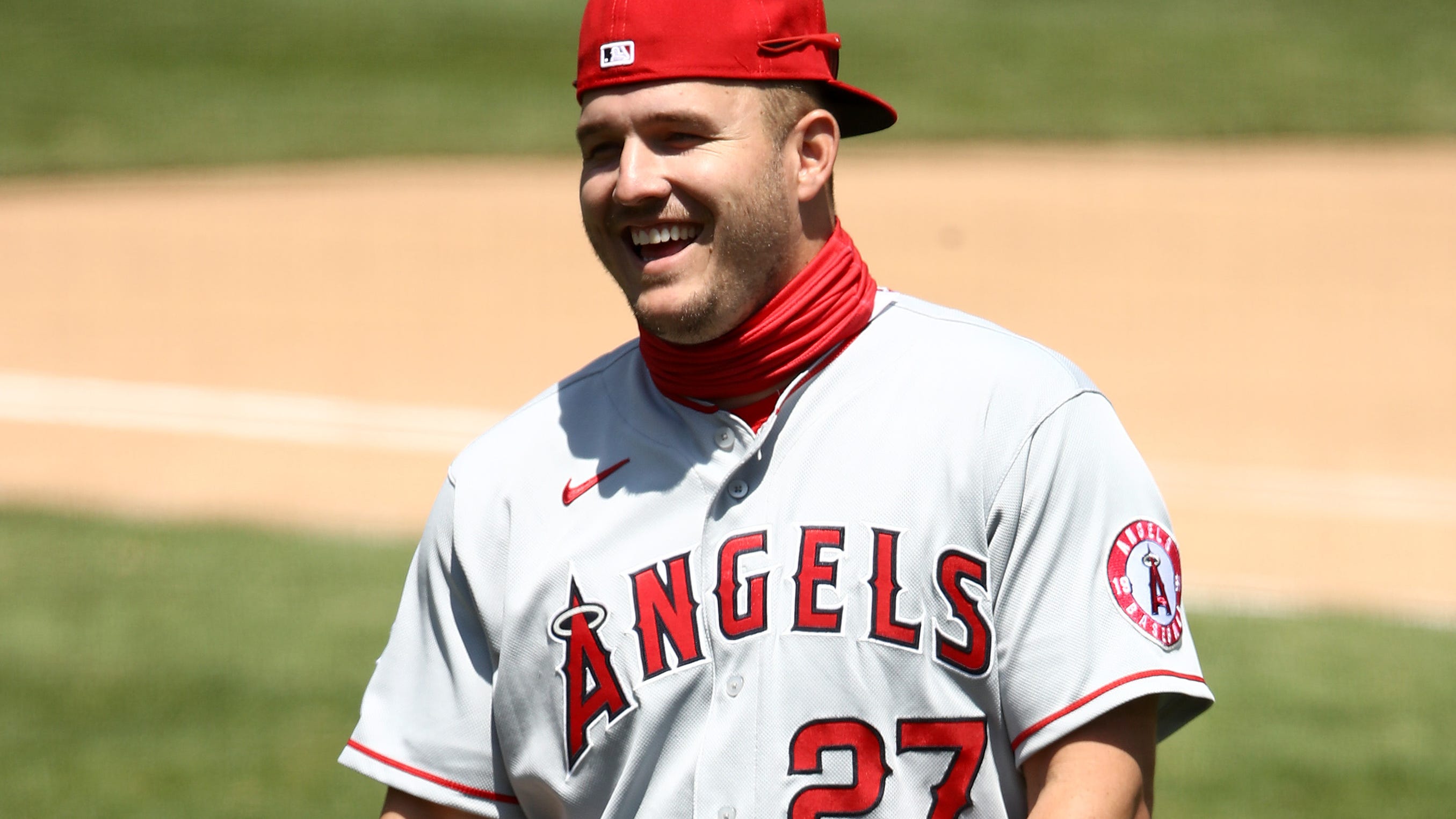 This sale came just months after another Trout card, from a similar collection of 2009 Bowman cards, went for $900,000 at another auction.