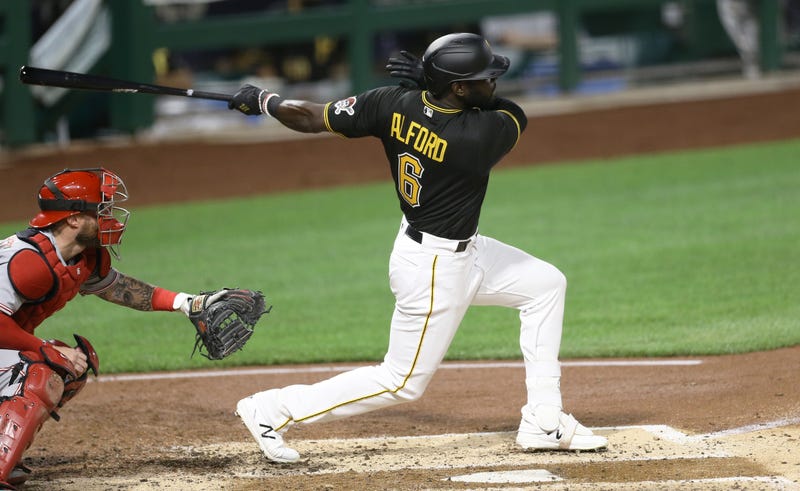 PITTSBURGH (93.7 The Fan) After recently being acquired from the Toronto Blue Jays, Pittsburgh Pirates outfielder Anthony Alford has been placed on the 45-day injured list with a right elbow fracture.

Alford was taken out of Saturday night’s game against the Cincinnati Reds after colliding with the center field wall.

The injury occurred in the third inning when Alford was chasing down a home run hit by the Reds’ Tucker Barnhart.

To fill in for Alford, Jason Martin has been recalled from the Pirates’ alternate training site.

Martin made two starts for the Pirates this season and has so far gone hitless.