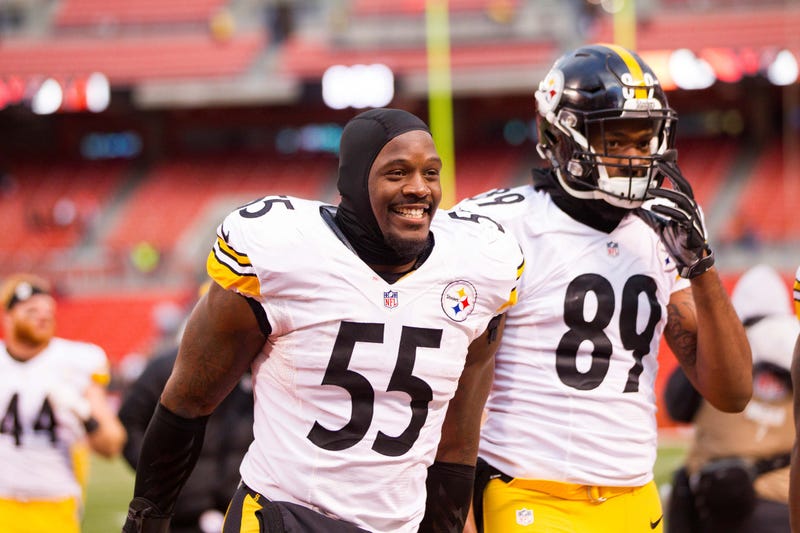 Former Pittsburgh Steelers’ linebacker, and current host on 93.7 the Fan, Arthur Moats has been selected to the James Madison University (JMU) Athletics Hall of Fame.

Moats played for the JMU Dukes from 2006 to 2009 and recorded 29 career sacks, the most in school history.

While a junior, Moats recorded 11.5 sacks and 11 as a senior, ranking third and fifth most in a single season ever by a JMU defender.

During his 2009 senior year, Moats was awarded the Buck Bunchanan award as the best defensive player in the NCAA Division I-AA.

Moats became the second player in JMU history to be the recipient of that award, joining Derrick Lloyd who won it in 2001.

After finishing his college career in 2009, Moats was drafted in the sixth round of the 2010 NFL Draft by the Buffalo Bills.

Moats joined the Steelers before the 2014 season, and played wit the team for four years.

In those four seasons, Moats recorded 11.5 sacks and 87 total tackles.

This is JMU’s 33rd Athletics Hall of Fame class.