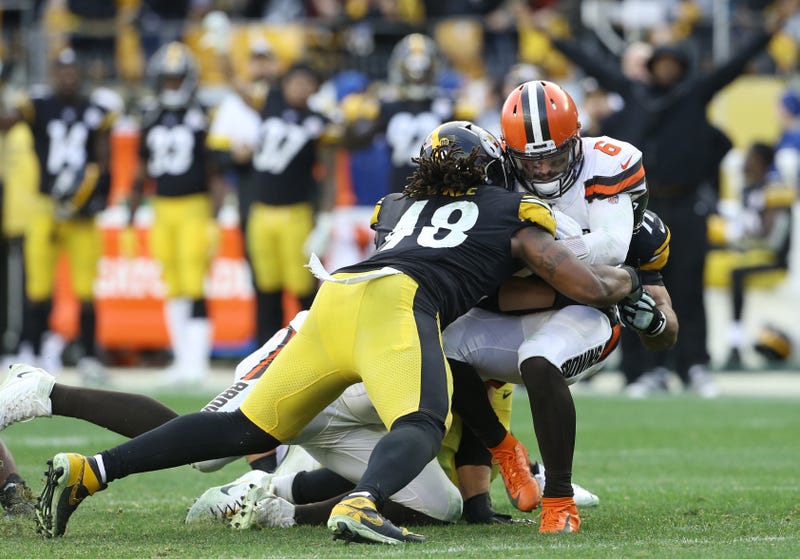 PITTSBURGH (93.7 The Fan)- If there’s any one man who knows the meaning of the longtime rivalry between the Pittsburgh Steelers and the Cleveland Browns, it’s Bill Cowher.

Cowher spent 2 seasons as a player and 4 years as a special teams and secondary coach for the Browns before spending 15 years as the head coach of the Steelers, leading them to 2 Super Bowl appearances and a Super Bowl victory in 2005.

He joined The Fan Morning Show Thursday to talk about this year’s first edition of the rivalry and said with this one...it’s alright to get personal.

“Any time you’re involved with rivalries, it doesn’t mean you have to be a part of it, but you understand the history of it. This goes back to Turkey Jones taking and slamming Terry Bradshaw. You can make it personal with Myles Garrett last year.

But the biggest thing in games like this is it should be personal. You want rivalries to be such where, there’s a respect but there’s a mutual dislike. I don’t think there’s going to be a reference to last year with Myles Garrett but the reference is to right now, do we want to make this game personal? The biggest thing you have to do is be able to control your emotions in games like this.”

Cowher did admit that the rivalry hasn’t had as much juice recently as it did in the past when he was more heavily involved, though.

“When you looked at the Browns back in the day with The Drive and The Fumble, I think the 80’s it lost a little bit of its luster because both teams weren’t on top. I think in the 90’s, when Bill Belichick was up there with the Browns it was a pretty good rivalry. It was the Turnpike rivalry. You think of turnpike rivalry, it wasn’t with the Philadelphia Eagles, we never really had one with them but it was the Ohio turnpike.

It was two cities that really mirrored each other. They were blue collar cities, very passionate sports fans and very proud of their hometown teams. I think a little bit of that got lost after they came back in and I think for the first time, now, Kevin Stefanski has this team playing very well.

There’s no drama as there’s always been recently with the Browns. They seem very focused and they’re winning. They’ve won four straight games and this is a very big game in terms of trying to make a statement. Are we able to play up with the big boys?”

Cowher loves the way his old quarterback Ben Roethlisberger has been playing so far this season, getting the ball out quickly and getting it to a plethora of weapons. At this point in his career, he believes Ben holds the advantage in the mental aspect of the game.

“It’s the ultimate chess match. It’s move and counter move.
When you have a veteran quarterback, it puts you in a position where you can put yourself in the best possible situation. Ben will take advantage of it.
There’s nothing they can show him that he hasn’t seen before.

For both of these quarterbacks, [they need to] be patient, take what the defense is giving them and seize the opportunities as they come.”